The Impact of Ground-level Ozone Pollution 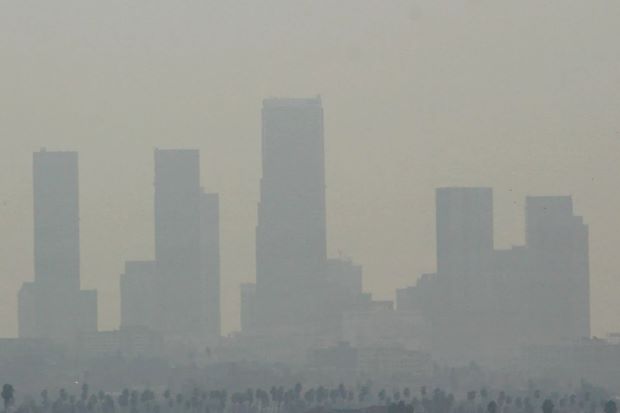 Classified as one of the six most common air pollutants by the Clean Air Act, ozone has been a topic of major interest for environmentalists concerned with air quality in the United States. In fact, the Environmental Protection Agency (EPA) has to present a periodical report on the National Ambient Air Quality Standards in which they review in great detail any particularities that develop over time in relation to air quality for the sole purpose of having an accurate view in order to be able to base their strategies on updated data.

Although throughout the last four decades such regulation has been proven to help the cause, with a noticeable decline in ozone levels across the U.S., voices from the scientific community argue that the threshold for what is to be considered dangerous in terms of ozone pollution are currently in need of reformation, as evidence shows that exposure to ozone under the current restrictions is still detrimental to the health of individuals.

Formed of three atoms of oxygen (O3), ozone can be found both in the upper atmosphere of the Earth, also referred to as stratospheric ozone, and at ground level or tropospheric ozone, the latter type being the one that has poor effects on the environment. Tropospheric ozone constitutes the main factor of smog and it is the result of the chemical reactions that occur between oxides of nitrogen and volatile organic compounds, generally released by car emissions, power plants or various kinds of refiners, and sunlight. As a rule of thumb, ozone will reach damaging levels during summer on hot and sunny days and in high traffic urban areas.

Breathing ozone can trigger the muscles in the airways to tighten, which would lead to air being trapped in the alveoli. Coughing, throat irritation and chest pain are few of the immediate responses to ozone, but according to a researcher at the University of Rochester Medical Center in New York, Dr. Mark Frampton, long time exposure and inflammation has the potential to negatively affect lung function and to harm the tissue of the lungs. Additionally, he states, there is evidence that supports the claim that long-term exposure to air with high levels of ozone will impede the development of lung tissue in the case of children.

In April 2018, the National Center for Atmospheric Research (NCAR) published a complex study funded, among others, by NASA alongside the National Oceanic and Atmospheric Administration, the University of Colorado Boulder and the National Science Foundation. The research shows that there has been a considerable slowdown in the reduction of air pollution in the United States after years of progress in the domain. Zhe Jiang, the lead author of the study believes that the results indicate that under the current conditions it is more challenging for the U.S. to lower the levels of ozone pollution.

A fellow researcher and co-author, Helen Worden, states that the air is indeed cleaner at the present than it was back in the 1980s and in the 1990s, but as of recent years there has not been much of a progress in reducing the ozone in the air. Due to the enforcement of the 1970 Clean Air Act, the dramatic change could be observed in the years following the regulation since new technologies for automobiles and for power plants were developed as ways to comply with the legislation, Worden further observed.

The team of researchers performed analyses of both satellite imaging and ground-based measurements of carbon monoxides and oxides of nitrogen when they noted the slowdown in decreasing ozone levels. Their goal was to obtain a quantification of pollutant concentrations and then to map said results across the nation in a comprehensive manner. The slowdown in the improvement of ozone pollution levels was especially apparent in the eastern side of the United States, which contradicted the initial theory the team had about the phenomenon, i.e. that the pollutants were coming from Asia.

Brian McDonald, another co-author of the study and a researcher at the National Oceanic and Atmospheric Administration and the Cooperative Institute for Research in Environmental Sciences believes that the slowdown is a simple matter of what has been prioritized and what has not in regard to the strategies to control ozone levels. By focusing on containing the fumes from cars and energy plants, there were no attention and resources dedicated to other perspectives that would have looked at the issue differently, thus, resulting in a lack of information. The study confirms that at the present time the efforts to control ozone levels are not satisfactory and it serves as a blueprint for the development of new projects that consider the current peculiarities of the environment.