What Is Food Pollution?

Food pollution is generally defined as the presence in food or associated with food of toxic chemicals (elements or compounds) and/or biological contaminants which are not naturally present in food or are above their natural background levels (for those chemicals which are naturally found in some foods).

Food pollution can affect each of us by causing mild to severe food illnesses or, worse, contributing to or causing the development of serious health problems such as hormonal and metabolic problems, or even various types of cancer. Nervous system problems may also be induced by food polluted with certain pesticides. Additionally, in rare cases when highly polluted food is consumed, serious food poisoning or death may occur almost immediately. Food contamination can trigger anything from a small discomfort to life-threatening diseases. On average, more than 70 million cases of food-borne illnesses occur in the U.S. every year, resulting in approximately 5,000 deaths per year!

There are numerous causes of food pollution. Basically, any pollutant that comes in contact with food has the potential to pollute it. Various vegetables may get contaminated with toxic bacterial strains (from irrigation water, groundwater, or soil) which may only be destroyed by processing the polluted food at high temperatures. Toxic chemicals can also get into the food in a variety of situations, including:

The fact that plants (vegetables, crops, or trees) become contaminated with pollutants from the environment comes from the ability of plants to extract environmental pollutants through their roots, along with water and nutrients. In the case of air pollutants, those usually enter plants also through roots, after being first deposed on the ground with precipitation water. This is why some plants (non-edible species) are actually used to remediate little to moderately polluted soil by extracting pollutants from soils (an innovative remediation called phytoremediation).

The sources of food pollution are numerous and hard to identify or exclude from our daily environment. They include various chemicals and/or microorganisms that get into contact with food during the growing, processing or packaging stages. Basically, any existent environmental pollutant might get into our food, one way or another. Thus, any of the sources polluting the air, water, and soil may also become sources of food pollution. Additionally, animal fodder contains antibiotics and potentially toxic chemicals that may be retained into animals (which later on become human food).

Food pollution risks depend on a variety of factors, including:

How Does Pollution Affect the Food Web?

Pollution from the environment (soil, sediments, water, and air) gets into the food web by polluting plants or animals that come in contact with environmental pollution. For example, water pollution may accumulate and concentrate in fish. Fish may be consumed by birds and other animals and the pollution gets transferred through the food chains until it reaches humans. By the time the polluted meat or fish reaches humans, the pollution may be substantially increased compared to the original concentration. Thus, human intoxication cases may be serious.

An alternative that may ensure production of less polluted food was recently proposed in Japan. Thus, it was proposed to grow vegetables in factories which would eliminate the unpredictable effect of environmental pollution, unpredictable weather, or pests. The process would be all computerized, controlling various factors affecting growth. This safe food alternative is proposed by the Ozu Corporation in Tokyo. Would this constitute the future of agriculture? Only time will tell… In the meantime, we are still dealing with food grown on dirty land subjected to various food pollutants, pests, and unpredictable weather! Food pollution risks are everywhere and all we can do is minimize individual exposure to polluted food by informing ourselves and taking action. 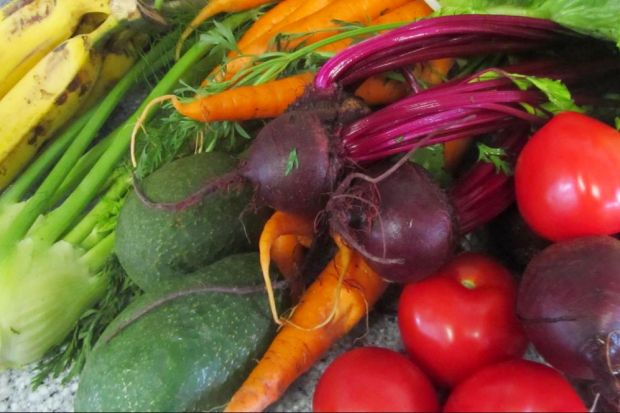 Arsenic Levels in Baby Rice Products May Still Be High