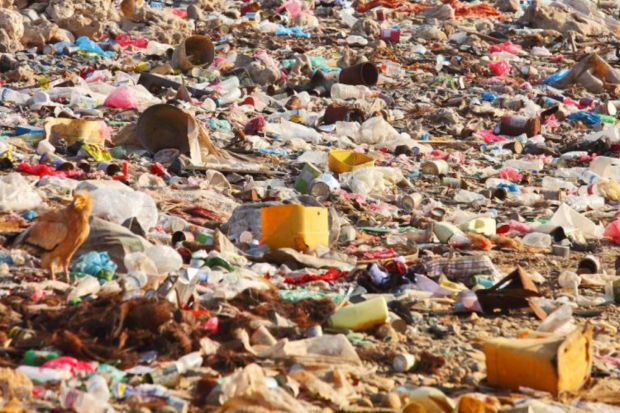 Two massively important publications have just come out under the aegis of the World Health Organization: Inheriting a sustainable world: Atlas on children?s health and the environment, an update to the 2004 edition 13 years in the making, and its companion Don?t pollute my future! The impact of the environment on children's health, a study of children?s increased exposure to environmental contaminants.

The high figures comprise all deaths caused by environmental factors, mainly related to pollution either through water or food contamination, or exposure to toxic household chemicals, as well as other types of factors.

Most human populations nowadays are migrating toward urban areas, where emissions from vehicles, fossil fuel energy production, residential heating and cooking, and waste incineration are among the highest pollutants. WHO lists here polycyclic aromatic hydrocarbons (PAHs), mercury, nitrogen dioxide, sulfur dioxide and carbon monoxide among the most dangerous pollutants released primarily through the use of motor vehicles. Half of the population of the world resides in very polluted cities (with more than 2.5 the recommended level of fine particulate matter. As a consequence of city pollution, acute respiratory infections are the second largest cause of death in children under five.
Rural areas are not lacking in contaminants, either, especially because of the agrochemicals employed in non-urban areas, as well as charcoal production, biomass burning, domestic heating etc.

Life in the modern world means we are, in fact, surrounded by potentially toxic contaminants everywhere we turn. According to World Health Organization reports, the modern household contains hazardous dye ingredients, like chromium VI, in clothing; lead, arsenic and mercury in our children?s toys; PBDEs, cadmium, lead, mercury and chromium in our omnipresent computers; formaldehyde and fungicides in our furniture and carpets, as well as shoes and raincoats. Mercury can be found in cosmetics, fluorescent light bulbs, batteries etc.

If improperly handled or disposed of, all these can pollute our air, soil, food and water.
With over a billion smokers in the world today, smoking is also an increased pollutant in modern life, and its tragic effects have been already well documented: exposure increases the risk for SIDS in infants and for altered development in children, and compounds the effects of ambient air pollution on the respiratory systems of children of all ages.

Some of the findings show that education campaigns and prevention measures have visible effects in their communities, primarily by saving on short- and long-term preventable health expenses.

For instance, awareness campaigns and deliberate action to reduce dampness and mold in individual homes would cut down the estimated $3.5 billion costs in asthma treatments in the United States only, and lead paint and lead window replacements in homes would cut down health expenses, improve productivity, and reduce ADHD and crime and delinquency.

There are things you can start doing now to improve the health of your family and the environment. Among the immediate measures you and your community can take are the following: