What You Need to Know about Secondhand Tobacco Smoke Pollution 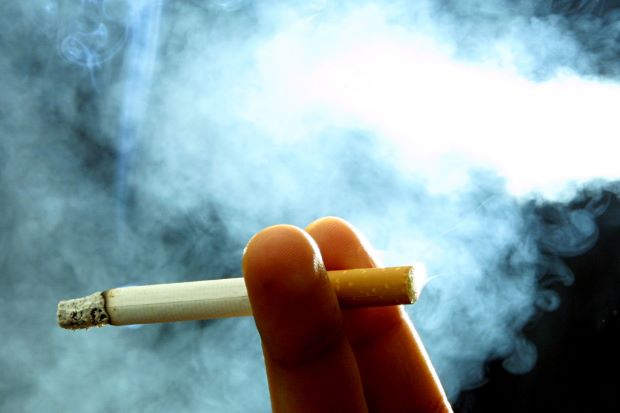 When thinking about what secondhand smoke is, one should envision an amalgamation of the smoke that comes from the end of a lit cigarette but also of the smoke that is breathed out into the atmosphere by the individuals that engage in the habit. Reports show that most frequently people are exposed to secondhand smoke in indoor mediums, such as homes and workplaces. In the United States alone, researchers approximate that secondhand smoke is annually the cause of death for over 7, 000 people who do not smoke but end up perishing because of having developed some form of lung cancer from having been exposed to passive smoking.

Even if a person did not ever lit a cigarette and inhaled from it, they still face the risk of being affected by the damaging effects of smoking in the same ways that a declared smoker does. Simply being in the presence of tobacco smoke puts the non-smoker in the vulnerable position of having to breathe in toxic air polluted with a large variety of carcinogens and harmful gases. As a direct consequence, people that regularly experience secondhand exposure to tobacco smoke are more likely to suffer from the diseases that are usually caused by first-hand smoking. Poorly ventilated areas or enclosed spaces are to be avoided at any cost if there is a chance that smoking will be taking place and that is an awareness that should concern both the smokers and non-smokers in an act of civility toward one another.

Similarly, one should be cautious of a type of third-hand exposure to the chemicals in cigarette smoke. This kind of smoke pollution occurs when the toxins permeate pieces of clothing or particularly soft objects around the household, such as carpets, drapes, blanket, and pillowcases. The chemicals exhaled with the smoke remain in the places where they were breathed out long after the smoking has been done and the smoke has dissipated. The toxic residue will be stuck on the surfaces of numerous items and if the smoking continues to happen then it will consistently build up, implicitly increasing its danger levels. Simply airing out the spaces in which people have been smoking will only help disperse the smoke as opposed to getting rid of the dangerous chemicals which should be the primary concern. Only a thorough cleaning of the materials and surfaces exposed to tobacco smoke will minimize this type of indoor pollution and the risk of touching or ingesting hazardous substances.

Generally, exposure to secondhand smoke can be identified and measured by having saliva, blood and urine samples tested for cotinine, a substance that develops in the body when the nicotine from the tobacco smoke begins to disintegrate inside the organism. Cotinine is the biomarker that attests to having been exposed to tobacco pollution.

The risks associated with exposure to tobacco pollution are considered to be high by environmentalists because of the fact that passive smoking may happen around non-smokers at any time in places that do not bear the burden of legislative authority. To nobody's surprise then, the highest chance to be exposed to tobacco smoke pollution is inside the house of somebody that smokes. Children are in an especially unfortunate position since they have little to no chance of escaping poor quality air unless their parents are strict about the smoking policies in their own homes.

Specialists have been able to point out as many as 4, 000 chemicals in the composition of tobacco smoke, with 250 of them classified as damaging for the health of humans and with over 50 of them having been established as carcinogens. Although noxious substances such as methane and carbon dioxide that are part of the composition of secondhand smoke are not considered to be fatal to people who smoke, they still, however, contribute to the overall pollution of the environment. Nonetheless, the top 3 most damaging air pollutants associated with secondhand tobacco smoke are carbon monoxide, nicotine, and tar. Carbon monoxide has no smell or taste and once it is absorbed into the bloodstream it causes fatigue and a sensation of weakness. Tar is made of a few chemicals known to cause cancer, and even if nicotine is not carcinogenic, it is an extremely addictive substance that reaches the brain about 15 seconds after it has been inhaled.

Constantly being around secondhand smoke is associated with ear infections, frequent asthma attacks, and other pulmonary issues in children, with infections of the respiratory system, such as bronchitis and pneumonia, but also with heart disease, stroke and lung cancer in adults in general, and in the cases of pregnant women, it is linked to low birth weight.