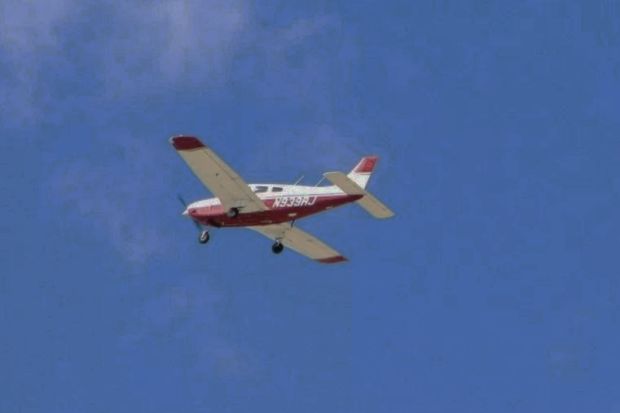 Many of us may find living close to airports undesirable. This is mostly because of the inevitable noise and traffic implications. Some of us may also suspect that airport traffic could also generate unwelcome air pollution. However, few of us may be aware that small airports could generate some additional and potentially serious specific risk as compared to large international ones. The main implication is that pollution generated by the activity of small airports may end up affecting more people. While few residences are located close (e.g., within a mile or less) to big commercial airports, small airports are typically located in more densely populated areas. This news article aims to inform you on some recent research and associated concerns related to areas around small airports.

Lead (Pb) is a heavy metal known for its toxicity to human beings (particularly to children) and the environment. It can adversely affect the nervous system, immune system, and kidney function, as well as interfere with the reproductive and developmental systems and the cardiovascular system. Lead?s well-established toxicity is the reason for its ban from leaded gasoline used in cars from several decades now. However, recent research (http://www.ceh.org/avgas/ ) revealed that Pb is still present in aviation gasoline used on small propeller planes and some helicopters in levels that are high enough to potentially cause air pollution risks.

Testing Revealed Air Contamination by Pb around Some Small Airports

The California Department of Public Health has recently investigated the issue by testing the air around many small airports in California. A map with the tested airports and resulting data is provided at http://www.ceh.org/avgas/

The study mentioned above revealed a series of situations when Pb emissions around small airports tested were above the regulatory limit. The study also revealed that aviation gasoline is currently the largest source of air pollution by lead in the U.S., resulting in over 500 tons of Pb emitted in the air from aviation engines (i.e., from small planes and some helicopters). Additionally, it was recently found that children living near general aviation airports had higher Pb levels in the blood than other children tested who were living farther away.

What Can You Do?

As with any potential environmental pollution issue, the most important first step is staying informed. You can check the list of tested airports and associated results from the link provided above and see if you and your family may be close to one of the airports with reported air pollution issues. If you cannot find the specific information you seek, you may contact regulatory agencies directly (see contact info provided on the webpage from the link mentioned in this article). If you find out you may be at risk, you should try to learn more about that, particularly checking?if any additional sampling events provide similar results and checking if your house is upwind or downwind from the airport?s tested area. You should also try to find out how the wind direction may influence air contamination to move toward your home. Also, keep close contact with regulatory agencies until the situation is resolved.

Last but not least, since the Pb is emitted in the air during the functioning of the engine, you should open your windows mostly during the night or times of the day when there is little or no air traffic. You should also check the wind direction and adjust your time outside and your window opening habits taking that factor into account, too.