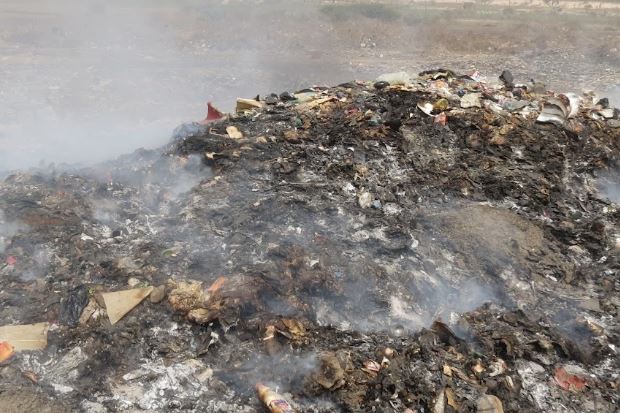 When it comes to methane being spread into the atmosphere, municipal solid waste is known to be among the top biggest three factors responsible for the emission of the gas on the territory of the United States, with records showing that in 2016 the improper management of the municipal solid waste led to it causing about 14% of the total methane discharge. What is commonly referred to as landfill gas is produced when the waste is in the process of decomposition, more precisely when it undergoes an aerobic, i.e. in the presence of oxygen, type of decomposition that occurs in the case of organic waste.

Following the progress of organic waste, researchers made the observations that roughly about half a year after the materials are dropped at the landfill, gases such as methane and carbon dioxide can be identified on location. They also noted on the fact that certain circumstances, such as rises in temperature, greatly add to the production of the gases and speed up the process. As documented thus far, the production of landfill gases culminates after approximately five to seven years since the decomposition had begun, nonetheless, after reaching this peak in regard to the amount of gas that is emitted, the debris will continue to pollute the air for at least five more decades.

In the United States, organic materials generally make up approximately two-thirds of the waste that is to be found in landfills, commonly being deposited from sources such as households, but also from industry jobs and other businesses. Methane and carbon dioxide are the two principal gases associated with landfill emissions, however, there is also a small, but undeniably present amount of other volatile organic compounds (VOCs) among which are frequently substances such as arsenic and lead released by various electronics that have been disposed of in the landfill. Mercury represents yet another noxious substance that usually leaks through the waste because of fluorescent light bulbs that have been thrown away. It is only in rare cases that actions are taken against the type of environmental pollution that landfill gases account for leaving most of the waste sites to continue posing a threat on the health of the nearby communities. Even the lightest traces of mercury vapors, for example, can cause respiratory issues to those who have inhaled it.

The issue of the bad smell emitted by landfills is unanimously acknowledged by communities situated in the vicinity of waste sites which is why projects involving the construction of new landfills are usually met with strong opposition from the people living nearby since initiatives focused on managing the bad odors are even less of an occurrence than those fixated on dealing with methane and carbon dioxide. Gases such as methane and carbon dioxide are dangerous in the sense that they do not have any smell, nor any color which makes it easy for them to enter a space and gradually replace the oxygen inside it without the people living there noticing it immediately or at all should they be sleeping. In the cases of buildings located near a landfill, outside air can carry the poisonous gases inside the homes of individuals through windows, doors, ventilation systems, as well as through the basement.

Hydrogen sulfide and ammonia are the two main substances that account for the strong smell of fermented organic waste and research shows that exposure to them for longer periods of time has been linked to headaches, nausea and coughing and asthma attacks as well as to irritations affecting the nose, the eyes and even the throat.

Since both methane and carbon dioxide are considered to be greenhouse gases, the implication is that landfills contribute massively to climate change, year after year trapping more heat closer to the surface of the Earth and creating all sorts of environmental risks. Scientists urge for more resources to be set aside in order to come up with affordable solutions to reduce the volume of poisonous gases produced by landfills in the U.S. in order to protect the communities having to breathe the toxic air released by these places as well as to prevent more damage being done to the atmosphere.