The Effects of Coal-Fired Power Plants in Downwind Areas 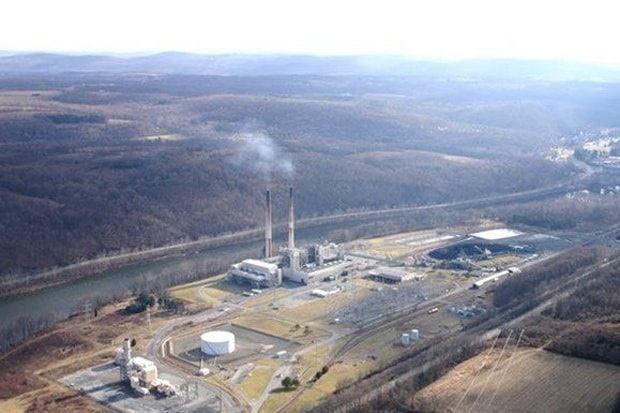 Coal-fired power plants are a major source of sulfur dioxide emissions which are responsible for air pollution and the correlated health-hazards. A recent study conducted by two professors from Lehigh University, Pennsylvania, found that the effects of these emissions are more dangerous for the population located in downwind areas in comparison with the population living upwind. Before we look into the study's findings, let's see how these emissions are produced and what health hazards they involve.

What Is Sulfur Dioxide?

Sulfur dioxide (SO2) occurs naturally, it is an invisible gas with a pungent smell. It is formed and released into the air when fossil fuels that contain Sulphur are burned or when minerals such as aluminum, lead, zinc or iron are melted.

What Are the Major Sources of SO2?

99% of the sulfur dioxide found in the air is produced by human activity, more precisely, industrial activities which involve the processing of Sulphur-containing materials. The previously mentioned study points out that coal-fired plants can be a major source of SO2 pollution especially if situated upwind of an inhabited area. But there are other types of industrial facilities and activities that also cause SO2 emissions: power plants that burn oil, cement manufacturers, paper pulp manufacturers, petroleum refineries, metal processing or copper smelting facilities.

This chemical compound is also released by vehicles, trains or large ships and heavy equipment that produce fuel combustion.

SO2 can also be released into the air by volcanic eruptions.

How Does It Affect Us?

Sulfur dioxide is toxic in its gaseous state. When breathed, the short-term effects can be nose and throat irritation, dizziness, headache, coughing, shortness of breath, fever, nausea, vomiting, stomach pain. People with respiratory problems like asthma face higher health risks if they are exposed to sulfur dioxide. In high concentrations, SO2 emissions cause other sulfur oxides (SOx) to form and these interact with other compounds and create particulate matter pollution. These pollutants can affect the heart and lungs and cause cardiovascular and pulmonary conditions, premature delivery, birth defects, fertility problems, or premature death.

High concentrations of gaseous sulfur oxides can also damage the tree's foliage and impair their growth. The entire class of oxides enhances acid rain which is a damaging factor for our ecosystem.

The two Lehigh University professors, Shin-Yi Chou and Muzhe Yang, united their efforts to prove the positive health impact of reducing sulfur dioxide emissions by shutting down a coal-fired power plant which affected the population living downwind. The power plant that represented the object of this study is the Portland Generating Station, situated right at the border between Pennsylvania and New Jersey. The plant closed down in 2014 after the EPA established that it represented the only source of pollution that affected the air quality of the downwind state of New Jersey.

The study pointed out that closing the power plant lead to a 15% reduction in the risk of delivering a baby with low birth weight and 28% fewer chances of having a preterm birth. The authors examined the power plant's sulfur dioxide emissions before and after its shutdown and compared the data to health records regarding the newborns conceived in New Jersey, at a distance of maximum 60 miles from the power plant. The data shows that before the shutdown, the emissions were at a constant level of 2,596.648 tons per month. This level decreased by more than 99% percent after the plant closed and the emissions were close to zero.

This is the first comprehensive research that highlights the importance of a plant's position by comparing the effects of its SO2 emissions in the upwind and downwind areas. The population of the cities located downwind is exposed to higher health risks because the wind carries the toxic emissions in their direction. Due to the risk these emissions pose to human health and the environment, several measures have been taken into account to manage and reduce their concentration: