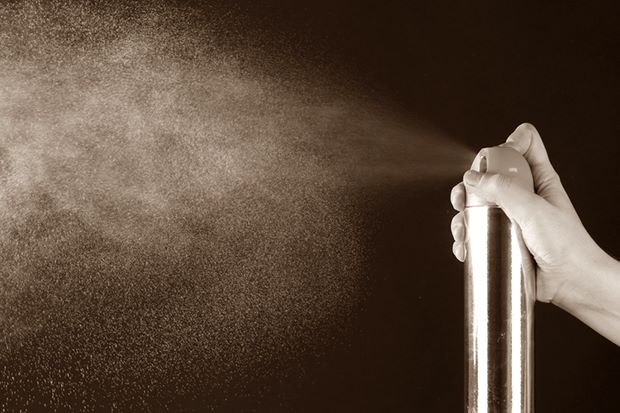 A new study published in the February 2018 edition of Science reveals that many items found in the average household contribute in large quantities to the pollution of the air. The report was authored by researchers at the National Oceanic and Atmospheric Administration (NOAA) in collaboration with the University of Colorado. The scientists involved started their observations back in 2010 when NOAA alongside the California Air Resources Board and the California Energy Commission began a systematic measurement of levels of air pollution in California.

Brian McDonald, the lead author of the study and a scientist at the Cooperative Institute for Research in Environmental Sciences in Boulder, Colorado says that the focus of the research was the study of volatile organic compounds (VOCs), which is a class of pollutants that easily and quickly evaporate. The immediate consequence is that the pollutant gases that result from the process will continue to linger in the air. Empirically, the biggest source of VOCs is thought to be the burning of fossil fuels, yet the new research shows how in a medium in which car emissions have been significantly reduced, as it has been happening in California, the chosen location for testing, chemicals from household items are gradually surpassing car fumes as the main source of air pollution.

After assessing the types of volatile organic compounds that were found in the air, the analysis showed that their origin was not motor vehicles as the team initially suspected, which determined them to look for other sources. They found that cleaning supplies from around the house and personal care products, such as deodorants and sprays, were the culprits releasing considerable amounts of chemicals into the atmosphere. The study concluded that these air pollutants play as much of a role in the creation of ground-level ozone as fuel emissions do. However, the Environmental Protection Agency (EPA) does not currently supervise VOCs associated with household environments. In fact, no institution in the U.S. is at the present required to keep an inventory of household chemicals at all.

Jessica Gilman, a co-author of the study and an atmospheric chemist at NOAA commented on how lawmakers in the United States have made a visible effort at reforming the car industry since there is data demonstrating the decrease of car emissions all over the country. Thus, VOCs from vehicle emissions have been in a steady decline, while VOCs from household products have been recorded as being one or two orders higher than those from car exhaust. More precisely, the scientists discovered that 38% of the total of VOCs emissions were a result of the use of household products, scoring at 6% higher than VOCs emissions released by fuel exhaust.

The report identifies the chemicals and the products in which they can be found in most commonly as being:

When directly breathed in, some VOCs can be damaging. For instance, people often feel lightheaded after being around bleach or after inhaling paint fumes. However, the long-term effects of VOCs are also a matter of concern, as the study indicates that VOCs also trigger reactions when interacting with other chemicals in the air, such as oxygen and nitrogen oxides, contributing to the formation of ground-level ozone and fine particulate matter, both of which create difficulties in breathing and could potentially lead to lung issues or to heart disease.

Jessica Gilman observes that by design the VOCs that are used in household solvents and personal care items are meant to evaporate, which is not something that is intended for a substance like gasoline, for example. She also notes on the closed spaces, i.e. the homes, that the VOCs linger in exposing those living there to higher concentrations of air pollutants. Gilman states that the majority of the scientific community agrees on the dangers of household VOCs but, she says that it is challenging to properly determine the kind of threat posed by the products containing them since, for instance, in the majority of cases the packing uses vague terminology when listing the contents, most common, as she points out, being the word "fragrance". Gilman says that about 2, 000 compounds could be classified in the "fragrance" category, and such a terminology issue left the researches with no other viable option but to make use of information that was publicly available and base their investigation on that.

Given the fact that the Clean Air Act does not regulate indoor air, the research on the topic is limited, with few scientists choosing to direct efforts and resources toward studying the issue. Jesse Kroll, a chemical engineering professor at MIT points out that there are enormous gaps in understanding household pollution and that the next step should be figuring out what are the exact processes that turn the VOCs emitted by household products into particulate matter so that citizens have a more comprehensive understanding of their actions inside their homes and the consequences on their health.