home \ Air \ What Polluted Air Means to the Asthmatic American

What Polluted Air Means to the Asthmatic American 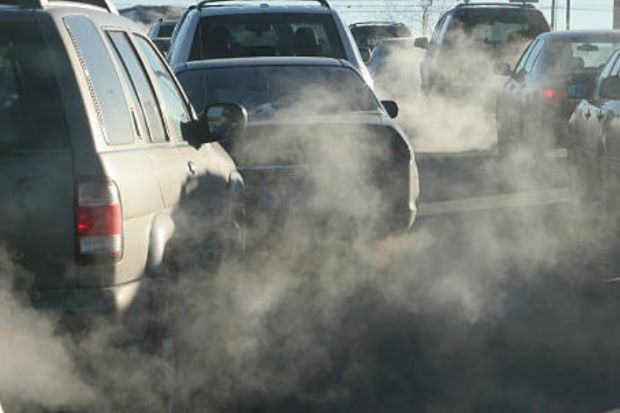 Approximately 30, 000 American citizens have an asthma attack every day, and in addition to that, it is estimated that around 5, 000 asthma attacks in the United States lead death. Thus, asthma is a disease that puts at risk a significant part of the U.S. population. The condition becomes especially difficult to manage in the presence of hazardous air pollutants.

Polluted air, as it has been shown by the research studying the link between the health status of asthma patients and their exposure to areas with poor air quality, is thought to be responsible for worsening asthma symptoms. Since the sources of air pollution are broad, varying from all sorts of dust particles, smoke and fume emissions coming from many of the busy traffic areas across the United States, somebody suffering from asthma is at risk virtually everywhere and at any time.

There is no denying that the entire population is negatively impacted by polluted air, but the fact remains that asthmatic people are far more sensitive to hazardous air pollutants, and in consequence, have more immediate responses to a polluted environment. Their hypersensitive airways are disturbed by the damaging particles they inhale causing inflammation that usually leads to a rapid reaction on the part of the asthmatic, ranging from a sudden coughing fit, strenuous wheezing or troublesome shortness of breath. However, people suffering from asthma are usually taught early on how to properly manage their disease in order to control it, and therefore, they are generally cautious of circumstances that could increase the risk of their condition worsening.

There are certain parts of the population that need to be more vigilant about keeping their asthma under control. Firstly, special attention should be paid to children since their lungs are still in full development and also their breathing rate is faster making them vulnerable to respiratory issues. At the same time, older people need to take extra precautions, especially if they suffer from other diseases besides asthma, such as heart disease. It is in the cases of people suffering from asthma falling into these two categories that the disease becomes harder to manage because of an aggravating factor such as pollution.

Studies are still uncertain in regard to the connection between asthma attacks and high levels of air pollution, with the scientific community being unable to provide a definite answer on the causality between the two. There is not a single study demonstrating that heavily polluted areas trigger asthma attacks. Instead, there is evidence to suggest that pollution can increase an asthmatic's sensitivity and make them more likely to have a reaction to their typical triggers, with them experiencing tightness in the chest, a feeling of scratchiness in the nose and in the throat and a constant need for relief from the inhaler.

When it comes to the direct consequences they have on asthmatic individuals, most threatening air pollutants can be classified into two main categories: gaseous and particulate matter. The three most important gaseous pollutants that have the potential to worsen asthma are ozone, i.e. the layer that forms closer to the ground, followed by nitrogen dioxide and sulfur dioxide generally produced by the burning of fossil fuels mostly from means of transportation, factories, and power plants. In the case of particulate matter, research warns against two types, categorized by their diameter. Therefore, on one hand, mold, smoke, dust, dirt, pollen are usually thought of as air pollutants made of particles that vary from 2.5 to 10 micrometers. On the other hand, organic toxins among other toxins that currently remain unidentified to the larger public stand just under the 2.5 limit, increasing the chance for them to be inhaled or ingested.

In the case of traffic-related pollution, which is among the most commonly encountered type of air pollution, researchers affirm that the majority of the pollutants usually found in the emissions lose their density and concentration level as the distance from the road increases. In the present, it is established that the pollution that occurs anywhere from 300 to 500 meters in the vicinities of busy roads has effects that have been determined as harmful to humans. Reports show that in big cities from North America about up to 45% of people live within the aforementioned distance in proximity to a prominent roadway.

Air pollution is, after all, a matter of degree, with hotspots mostly being identified in cities, more precisely in the vicinity of constantly packed roads and in particular at times when the traffic is moving at a slow pace. Some other significantly polluted areas to consider are bus stations, industrial sites, or airports and surrounding places. Additionally, air pollution is not only place-specific but also time-specific. Thus, specialists state that in the afternoon and in the evening, pollution is at a higher level because it had time to expand during the day. Another time span when the air is especially polluted is during rush hour because of the emissions caused by the numerous vehicles on the road. A third instance is in regard to weather phenomena: hot and still air facilitates the accumulation of hazardous particles.

Nevertheless, each person that has asthma has different reactions to different triggers, and the particular kind of irritation that one's body suffers is strictly linked to the type of pollutant they have encountered. In most cases, however, air pollutants cause inflammation of the airways, which in turn leads to increased mucus, thickened walls, tightening of airway muscles, the recognizable symptoms of an asthma attack. Researchers are still investigating the possibility that exposure to air pollution can actually cause asthma in healthy individuals. So far the studies have been able to prove that a long time exposure to polluted air does increase the chances of asthma developing especially in the cases of children and young adults.