Ignored by the Montreal protocol, an unlisted source threatens the ozone layer 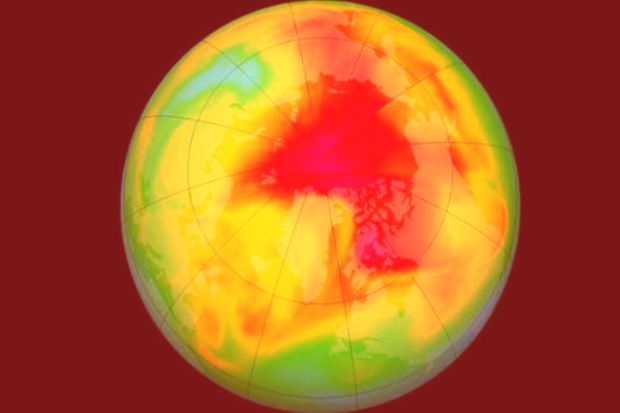 When 197 countries signed the Montreal Protocol on Substances Depleting the Ozone Layer, the understanding was that its 1987 version, together with its ulterior revisions, would cover all known ODSs (ozone depleting substances) that, once released into the air, could harm the Earth's protective layer in the stratosphere. This includes certain chemicals from several groups of halogenated hydrocarbons that contain either chlorine or bromine, the most infamous being chlorofluorocarbons and hydrochlorofluorocarbons (CFCs and HCFCs).

It now appears a new substance should be added to the list. Dichloromethane, a substance commonly used in paint thinners, industrial solvents, aerosol propellants and degreasers, is chlorine-based and was at the time of the Montreal protocol known to be harmful; it was not included on the list merely because it has a relatively short lifespan, breaking down within six months from its release into the atmosphere.

New research suggests, however, that concentrations of dichloromethane which had seemed to go down in the late 1990s are now rising fast, by an estimated 8% a year in the decade 2004 - 2014. Such an unexpected accumulation translates into ozone depletion which, while modest now, could soon grow to be quite significant.

The article published in the journal Nature warns of the serious danger of undoing 30 years of one of the most successful cases of large-scale environmental action against climate change, preventing a 40% higher loss of ozone. The ozone layer is essential in shielding the Earth from UV radiation that would otherwise affect us (with vision defects, dysfunctions of the immune system and cancer as primary effects, and resulting in the disappearance of sustainable human life over the long term) - which makes it all the more important to act soon in order to prevent further loss or offset recovery of the ozone layer.