home \ Air \ Understanding the Mold Inside the Home

Understanding the Mold Inside the Home 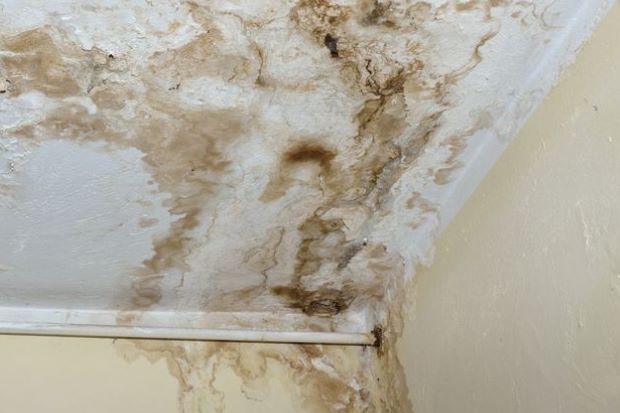 Mold is the colloquial way of referring to a group of fungi that commonly grow on wet surfaces and food. Its main function is that of disintegrating items of organic origin, which only becomes an issue when it occurs indoors.

According to the Environmental Protection Agency, otherwise known as the EPA, research shows that indoor air is significantly more polluted than outdoor air, regardless of the level of industrialization associated with the place of residence. In the view of EPA expert David Mudarri, as stated in an issue of the Indoor Air journal 47% of the houses in the United States have mold-related issues.

In order to spread, it is necessary for mold to produce spores. They are usually of a round shape or ovoidal, they can be pigmented or they lack color, and their sizes are between one to 15 microns. In the home, mold forms when fungi spores settle on wet or damp areas and start digesting that which they had attached to for their survival. However, for the spores to develop into a mold, they require constant warmth and moisture, which means a combination of a temperature higher than 70 F and at least 70% Relative Humidity (RH).

The most common places to find mold in one's home are carpeting, fabric, upholstery, wood, and places with a high humidity and poor ventilation, such as bathrooms, kitchens, and basements. A mold issue is generally identified by a visual inspection, with areas presenting staining and damp patches from water damage.

According to the Centers for Disease Control and Prevention (CDC) the five most frequently encountered indoors types of molds are: Alternaria, Aspergillus, Cladosporium, Penicillium, and Trichoderma. In rare cases, Stachybotrys chartarum, known as the black mold can be found growing inside a building.

Organizations such as the Centers for Disease Control and Prevention, the National Academy of Medicine (NAM), formerly called the Institute of Medicine (IOM) and the World Health Organization are all in agreement that that the risk of developing respiratory diseases is higher when spending large amounts of time in buildings that have been damaged by mold. That being said, at the present there exist no nationally approved criteria to regulate one's interaction with mold. However, the individual can use the EPA's general three-step approach for improving air quality: paying attention to the source, ventilation, and air cleaners.

Studies done by researchers at Lawrence Berkeley National Laboratory in California discovered that exposure to mold increases the chances of developing respiratory issues by 30% to 50%. The National Academy of Medicine found evidence allowing them to conclude that there is a connection between indoor mold exposure and coughing and wheezing fits reported by otherwise healthy people. They also noted aggravated asthma symptoms in the cases of people suffering from the condition.

By their nature, all molds cultivate allergens and irritants, and some of them produce substances that have been established as toxic to humans. Such is the case of the black mold which produces mycotoxins, a health hazard. Based on a report called Guidance for Clinicians on the Recognition and Management of Health Effects Related to Mold Exposure and Moisture Indoors funded by the EPA, research indicates that mycotoxins have negative effects on almost everyone they come in contact with, calling for the public to remove black mold when spotted, especially if it pollutes environments where there is the possibility of children being around the area. At the same time, not all molds represent a danger, and not all molds that look black are in reality Stachybotrys chartarum, but professionals advise on their removal as a precautionary act that would eliminate all uncertain variables.

Stephen Vesper, a biologist at EPA is leading a team of scientists working on ways to perfect methods for assessing the types of health risks determined by exposure to mold. They have created something they call a Relative Moldiness Index, a tool which is meant to analyze samples of mold in an effort to accurately identify types and their immediate effects on the environment. As of 2017, the EPA says that the tool is still in development, and at the time it is only used for research purposes.