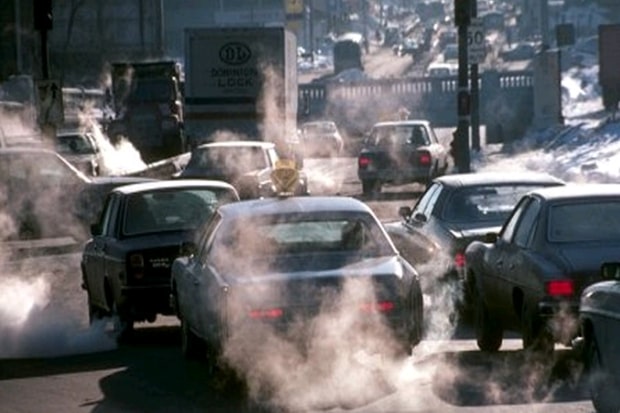 Air pollution is all around us, plaguing the lives of several millions of urban residents worldwide. Getting exposed to even low levels of polluted air on a daily basis can lead to or worsen a lot of health problems. According to recent research, exposure to the ultrafine particles in smoke emissions can affect heart health.

In a recent study, the scientists established that the exposure to ultrafine particles (UFP) in ambient air even for a short period - a few hours - has the potential to trigger a nonlethal heart attack, a major cardiovascular episode suffered worldwide. The study demonstrated that there was an increase of 3-6% in nonlethal heart attack incidences six hours after exposure to UFP.

The study was published in the Environmental Health Perspectives journal and is the first-ever epidemiological investigation conducted on the effects of particulate matter suspended in the air. The study used data such as the number of particles, the length of the particles, and the surface area concentration recorded at hourly intervals of exposure. UFPs pose a health risk by virtue of their small size, large surface areas, and their ability to gain entry into the blood through cell penetration. The scientists of this study are of the opinion that tiny particles in the air can play a role in causing heart attack and that too within the initial few hours of the exposure. Thus, elevated levels of UFP in the atmosphere are really a serious concern.

More about Particles and their Source

Particles in the atmosphere also referred to as 'particulate matter' are a combination of solids and liquid droplets. The particles vary in size and those with a diameter less than 10 micrometers tend to pose the greatest health risk as these particles pass through the nose down the throat to reach the lungs.

UFP constitutes particles that are 100 nanometers or smaller in diameter. The predominant source of these UFPs is automobile emissions in urban areas. Fine particles are those with a diameter under 2.5 micrometers and are released during the burning of fuels (coal, diesel, oil or wood) used in power plants, wood stoves, and motor vehicles. These particles are also produced during forest fires, agricultural burning, and construction equipment.

A major indicator of the degree of air pollution is the concentration of the atmospheric particulate matter, which is called PM2.5 - an airborne particle with a diameter lower than 2.5 micrometers. Air pollution can be reduced by controlling the levels of PM2.5.

Here are certain tips that should be followed every day to reduce air pollution:

Knowing about the dangers of exposure to particles instigates the need and importance of reducing air pollution levels. Though there will be variations in the air pollution levels throughout the day, the local air quality forecast can provide information regarding the particle levels in your area. You can significantly reduce your exposure to the particles by planning strenuous activity when the particle levels are lower, reducing the time spent on a vigorous activity, or choosing a less strenuous activity, for instance, going for a walk in place of a jog.