home \ Water \ The Stages of an Oil Spill Disaster

The Stages of an Oil Spill Disaster 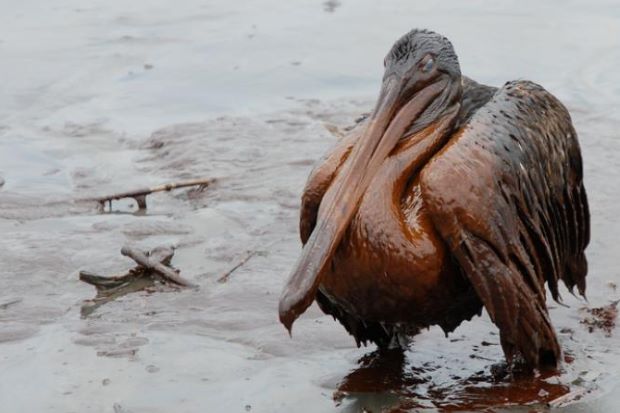 The majority of oil products manufactured in the United States are made out of crude oil, which represents the unrefined form of oil. Thus, substances such as diesel fuel, gasoline and petroleum all have their origin in crude oil.

The process of obtaining these products is quite lengthy and it depends on the good functioning of all the components involved in the oil production mechanism. Like in any man-made system, however, incidents happen and the consequences are costly not only from a financial point of view but also environmentally and socially.

Depending on the stage of the oil production, any of these oil compounds can end up greatly damaging the environment, particularly aquatic mediums. Whether during the drilling, the refining, the storing or the transportation of oil, it is most often the case that an oil spill is the result of a human mistake. The most common incidents that led to an oil spill have thus far been the breaking of a pipeline, the collision or the grounding of an oil ship, or the more disastrous scenario of an oil rig explosion.

If the spill occurs during the extraction then it is crude oil that is being released. All the same, if the spill happens after the oil has undergone filtering then the body of water would be polluted with either diesel fuel or petroleum. Should some sort of perforation occur to the fuel supply of a tanker at sea, then it is most likely that it would be gasoline, yet another refined oil product that would be leaked into the water.

Even though, as it has already been mentioned, an oil spill is most of the times caused by some kind of miscalculation on the part of the people involved in the process, it is also the case that they happen without the influence of the human factor since oil can be discharged into the seawater from oil seeps located on the seafloor. Coal Oil Point, set along the coast of California is a well-known example of such a seep, releasing up to 3,000 gallons of crude oil per day.

Generally, oil spreads quickly forming a thin layer that is referred to as an oil slick. If not contained and left to continue to spread, it will become gradually thinner transforming into something called a sheen, which can be distinctly identified when sunlight makes it look like a rainbow, similar to the way in which oil patches on roads appear after it had rained. The lighter the oil that has been spilled is, the more rapidly it spreads and, therefore, gasoline would spread quicker than crude oils, for instance. However, according to the United States National Oceanic and Atmospheric Administration (NOAA) in the case of a massive spill, even thicker oils can spread very fast.

Since diesel fuel and gasoline are of a smaller size than the molecules constituting crude oil, they also undergo evaporation more quickly, and the toxic fumes that result negatively impact the wildlife as animals inhale them or they absorb them through their skin. Crude oil is damaging in another way, with its gluey and thick composition often being the cause of marine wildlife dying of hypothermia. The fur of a sea otter or the wings of a bird end up covered by the oil which impedes their organisms from preserving their normal body temperatures resulting in death. Thicker oil also does not evaporate, which means that it lingers in the water for a longer period of time harming the ecosystem.

As of 2018, an active oil spill leaking into the Gulf of Mexico since 2004 has been releasing up to 30,000 gallons of oil each day, which is 10 times more than the quantity that had been estimated in the last overall report concerning the issue in 2011, with federal authorities stating that it is their belief that the massive pollution will carry on throughout the rest of this century.