Coral Reef Decline in Florida - Why did nearly 50% of Florida’s Coral Reef Disappear? 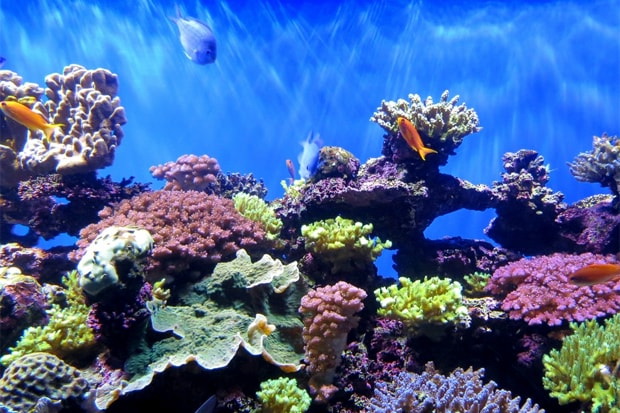 Coral reefs are the rainforest of the ocean and their destruction triggers severe consequences for marine species. Several factors such as excessive fishing, pollution, or coastal development are believed to contribute to the decline of the coral reef. Yet, none of them affects the reefs more drastically than climate change.

Florida's coral reef is considered the third largest in the world and it is home to more than 500 fish species and nearly 1,500 plant species. However, scientists were stunned last year when they discovered that nearly half of the reef was no longer there. To reach this conclusion, scientists have deployed satellite images and they compared the results with a series of accurate British admiralty charts dating from the 18th century. Initially, the images seemed identical, but when the area close to the shore was analyzed, drastic differences were noticed. Near the shore, in the 1970's there was an extensive coral reef, but now the specialists saw nothing but seagrass. The only part of the reef that remained intact through the last 250 years was located far from the shore. And this is also the only area where there are still fish and plant species.

Scientists have formulated different theories in order to explain what happened to the world's third largest coral reef. The increasing temperatures and natural phenomena like abundant rainfalls could have contributed to the reef's disappearance. However, the most likely explanation is that human activity led to this loss. In the last two centuries, fishing has developed extensively in the areas near the shore where the reef used to be. Moreover, the urban development had an unprecedented boost which increased pollution. Everything has changed in the past two centuries on Florida's coast and it was most likely a combination of all these different factors that caused the decline of the reef.

Some key climatic events of the past decades that could have increased the damaged to the coral reef are:

The climate changes increase the level of CO2 in the environment which affects the seabed too. The coral reef automatically absorbs CO2 which makes the ocean's water more acid. A higher level of acidification is harmful to the coral reef and enhances the bleaching process. It is also dangerous for marine species as few of them are able to cope with an ever-changing environment in the long-term.

Reefs are essential to the marine environment and not only; they provide shelter for almost one quarter of the world's fish species and food for millions of people. Reefs regulate the levels of CO2 in the water and prevent coastal erosion.

The precise impact of the climatic changes registered in the past decades on the coral reef has not yet been established but some scientists believe that half of the world's shallow coral reefs have been lost. Several measures are needed to safeguard the remaining reefs: protecting reserves, limiting fishing, reducing pollution, preventing sediment runoff in the sea water.

Finally, since the most aggressive effects are caused by an increased level of CO2, it's important to limit the ocean's acidity by addressing climate changes. Reducing emissions is the essential measure to keep the ocean's temperature under control.