home \ Water \ The Status of Plastic Waste in the United States 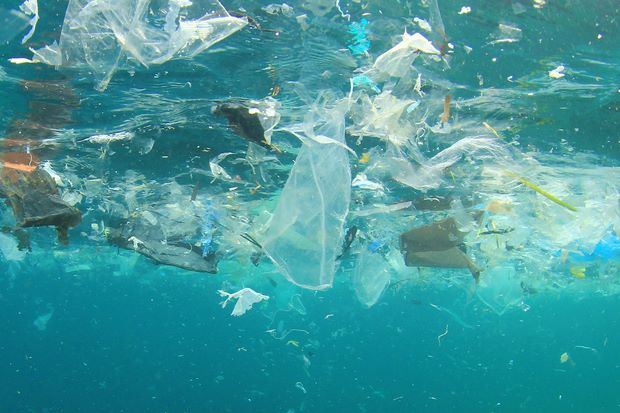 As time progresses, the American society, alongside the rest of the world, indulges in more and more brand new consumerist behaviors. Thus, research focused on the lasting effects on the environment of a commodity such as plastic is frequently brought forward in order to increase the awareness regarding the management of plastic waste among the large public by familiarizing it with the current facts on the issue.

The poor management of plastic waste has been a concern for quite some time and it continues to be a matter of worry for environmental specialists given the damaging impact of pieces of plastic on the aquatic food chain, implicitly raising a set of concerns in regard to the ways in which the well being of humans is affected.

From a chemical point of view, plastics are defined as groups of large molecules referred to as polymers that are made out of monomers, which are repeated segments with a carbon basis. Characteristics such as versatility, flexibility, resistance to moisture, but also the capability of plastics of being lightweight and strong at the same time make the material fit the agenda of over-consumption at affordable prices.

At its most basic, plastic pollution refers to the accumulation of various kinds of plastic items and materials on land or in different water bodies such as oceans, rivers, lakes, etc. Being a cost-effective asset, it is estimated that currently approximately 40% of all manufactured plastic is destined for packaging, with the implication that such a percentage of plastic is typically only used once before it becomes waste.

The issue with the plastic that is being discarded is that it is impossible for it to be naturally absorbed by the environment, for the reason that the natural system does not have the ability to disintegrate the peculiar chemicals contained by plastic products. As a result, plastic can only accumulate within the flora and within the fauna affecting them negatively. For instance, according to the National Oceanographic and Atmospheric Administration (NOAA) in the United States, each year plastic waste is responsible for the death of more than 100, 000 maritime mammals, and in addition to that, of millions of fishes and birds.

As for the impact it has on humans, the quality of the drinking water has been deteriorating because of plastic waste, and specifically, because of a few chemicals released by plastic such as Bisphenol A, Styrene Trimer and by-products of Polystyrene. A worldwide investigation showed that tap water was contaminated by microplastic in countries across the world, with more than 80% of the samples testing positive for microplastic contamination. The United States scored highest in this examination standing at 94%, with water samples collected from all over the nation, including sites such as Congress buildings and the headquarters of the Environmental Protection Agency (EPA).

The results from all the samples tested were documented and analyzed at the University of Minnesota School of Public Health with the conclusion being that there is enough data demonstrating the negative effects of microplastic on wildlife, and based on that fact more steps should be taken to observe in which ways it impacts humans.

The annual International Coastal Cleanup stated that in 2017 there were over 3.7 million pounds of waste on the coasts of the United States, with the largest part of it having been plastics. Even though it is yet to be reported in its exact numbers, the statement regarding the situation for 2018 includes the observation that the plastic waste production in the U.S. increased compared to the previous year when China was still importing waste from the United States.

In July 2017, the Science Advances journal published a study that was interested in the better management of plastic waste, especially in regard to its impact on marine wildlife and birds. Jenna Jambeck, an environmental engineer at the University of Georgia commented on the findings on microplastic in bodies of water. As a result of photodegradation of plastic, the only kind of plastic disintegration possible without the intervention of man, plastic products release slowly but constantly tiny plastic fibers that over time will be incorporated into the aquatic vegetation and that will also be ingested by more and more aquatic creatures.

The research shows how the quantity of plastic fibers in oceans and seas increased from 2 million metric tons in 1950 to 400 million metric tons in 2015, concluding that it surpassed any other man-made material in existence. The analysis states that of that total only 9% was recycled, 12% underwent incineration and 79% piled up in the natural environment.

The lead author of the study, a professor at the University of California, Santa Barbara and engineer in industrial ecology, Roland Geyer says that the purpose of the study was to offer an accurate perspective on the current panorama of plastic waste management so that the appropriate measures can be developed and enforced.