home \ Air \ The Impact of Air Pollution on Human Kidneys

The Impact of Air Pollution on Human Kidneys 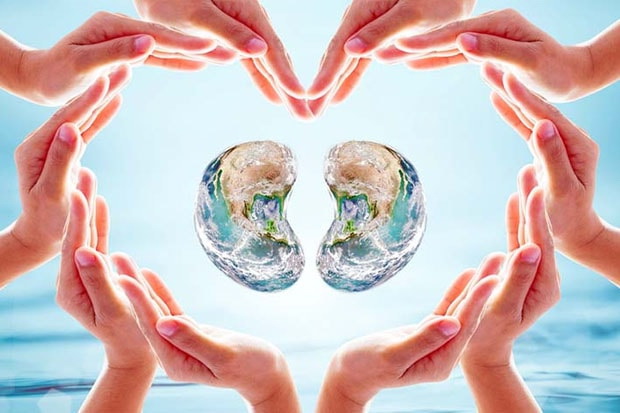 Air pollution has long been correlated with lung conditions, but in recent years, scientists have focused on determining if other organs and functions are impaired by air contaminants too. One of their findings is that air pollution can contribute to kidney damage. A recent study conducted by specialists from the VA Saint Louis Health Care System, under the leadership of Benjamin Bowe, pointed out that there is a link between chronic kidney disease (CKD) and air pollution.

The study's results were exposed last year at the ASN Kidney Week held at the Ernest N. Morial Convention Center in New Orleans, thereby causing an increasing interest in this topic.

In brief, the analysis showed that the level of pollution in certain parts of the globe is at least partially responsible for the increasing incidence of chronic kidney disease that can't be linked to other known causes. The effects of air pollution vary greatly based on the geographical area where people live. According to the study, the population living in Central America and South Asia is more likely to suffer from kidney disorders associated with air pollution.

As highlighted by the study, the increasing rate of Mesoamerican nephropathy registered in Mexico and parts of Central America can be linked to air pollution.

Mesoamerican nephropathy is an epidemic condition that affects the kidneys. It has been present for almost a decade in Central America and its cause is yet unknown. This disease is typically found in young men who work in agriculture, such as those working in sugarcane fields.

The type of air contamination that was taken into account during this study is fine particulate matter (PM 2.5). These air pollutants pose several risks to human health if found in high concentrations. Particulate matter refers to the tiny particles (also called fine particles) of contaminants found in the air. These droplets are so small that they are measured in microns and even the width of the largest particles is approximately 30 times smaller than a human hair.

These particles can affect human health because once they are inhaled, they get deep inside the respiratory tract and end up in the lungs. This is the reason why PM 2.5 is typically linked to respiratory issues such as coughing, shortness of breath, throat or lung irritation, asthma.

However, Bowe's study suggests that fine particles also have a negative impact on human kidneys.

Bowe's analysis was based on the methodologies of the Global Burden of Disease (GBD), the world's most comprehensive worldwide observational epidemiological study. This study's purpose is to determine the health challenges faced by today's population. The measures elaborated by GBD refer to the mortality and morbidity rates caused by the most common diseases, injuries and risk factors worldwide. GBD measures were made based on observations carried out at a global scale for more than 2 decades.

The aim was to estimate the consequences of living with kidney diseases attributable to particulate matter pollution.

According to the study, the burden of living with a CKD varies tremendously worldwide, reaching peak values in South Asia and Central America. The epidemiologic measures related to CKD associated with air pollution include:

While there is still room for more evidence in order to support the link between CKD and air pollution, currently, there are measures that aim to reduce small particulate matter. In our country, the standards imposed by EPA through the Clean Air Act are the main reference point in reducing this type of pollution. These standards are periodically reviewed to ensure adequate air quality and reduce health hazards. Moreover, there are measures that every individual can apply in order to minimize the production of particulate matter pollution. Avoid smoking indoors or burning waste, replacing old car engines and using technologies that are based on renewable energy are some steps that can help us protect our health and preserve the environment.