The Hidden Dangers in Lake Winnipeg 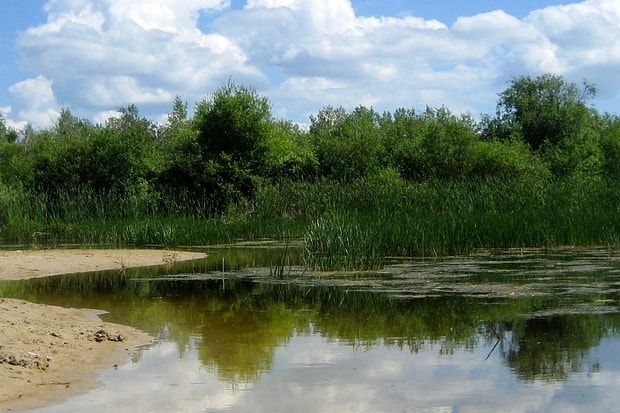 Lake Winnipeg, Canada's largest and most renowned freshwater lake, has been subject to scientists' scrutiny due to warning levels of toxins which might cause degenerative conditions.

A study conducted last year by the University of British Columbia Okanagan campus revealed that a toxin is present in dangerous concentrations in Lake Winnipeg during the period when Cyanobacteria proliferate.

The toxin in question is called BMAA and it raises some serious health concerns because previous studies indicate that it can be linked to multiple neurodegenerative diseases.

Alzheimer's disease and ALS are two of the conditions that were associated with BMAA. This toxin is believed to be extremely dangerous especially if found in food or water supplies. Unfortunately, the toxin can hardly be detected in fresh water alone. Therefore, the scientists participating in the study have decided to go directly to the source and examine the bacteria that is believed to be responsible for the toxin.

The research suggests that the bloom of Cyanobacteria has actually been a frequent phenomenon on Lake Winnipeg for almost 20 years. The first records pointing out to an increasing Cyanobacteria bloom date back in the 90's. The study conducted by Susan Murch, associate professor of chemistry, reveals that the bacteria can produce the dangerous toxins if certain environmental conditions are met.

Multiple Cyanobacteria samples were collected and analyzed in order to establish a concrete link between BMAA and the bacteria itself. In this endeavor, the scientists at UBC Okanagan benefited from the support offered by the Lake Winnipeg Research Consortium. To make sure that the conclusions are relevant, the samples were collected from different areas across the lake.

Scientists conducted the analysis in two different periods in 2016. The first group of samples was collected in July and the second in September.

The results point out that the toxin's level increases significantly in the areas of the lake that are also subject to farming activities. Another important conclusion is that a higher level of pollution also enhances the concentrations of BMAA.

Thus, the research suggests that it is quite relevant to say that human activities like agriculture, pollution and climate factors have a great impact on the concentration of BMAA.

Moreover, scientists warn us that the cyanobacterial blooms are not limited to Lake Winnipeg.

Similar results have been reported in other lakes in Canada and the United States. One of the areas that raise concerns in this regard is the Great Lakes region.

It is quite possible to encounter the same problem in other freshwater lakes as well, and some of them might impact a large number of people who depend on these water sources.

The increasing number of Cyanobacteria blooms in lakes poses some serious health risks if we take into account the potentially harmful effect of the BMAA toxin. Therefore, it is safe to say that this topic deserves more attention and increased awareness. Once we have more insight on the existing connection between BMAA and cyanobacterial blooms, we will be able to find solutions to deal with the potential side-effects.