home \ Air \ The Effects of Particulate Matter on the Cardiovascular System

The Effects of Particulate Matter on the Cardiovascular System 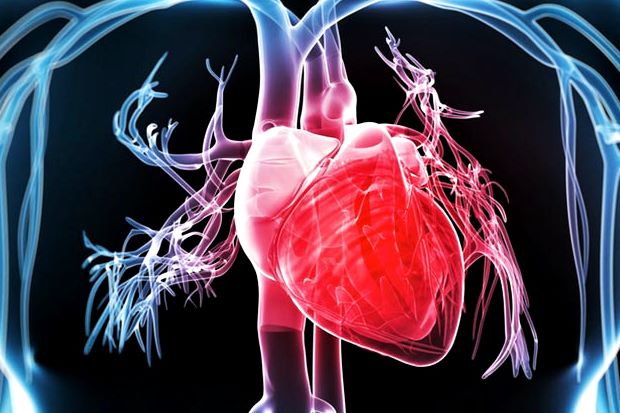 It is a well-known fact that air pollution damages the health of people all around the world. If there is traffic, factories, wildfires or a wood stove nearby, the quality of the air in that particular environment will inevitably be affected by the chemicals released by them. Poor air quality, as an increasing body of evidence shows negatively impacts one's respiratory system, brain and heart. Moreover, recent interest has been captured by the damaging effects of pollution on pregnant women with more and more medical records linking exposure to polluted air to premature births and diseases of the neurological and respiratory systems in newborns.

New research manages to demonstrate that people living in highly polluted areas have an increased risk of developing cardiovascular illnesses. In fact, in the United States, as recorded by the American Heart Association (AHA) diseases of the cardiovascular system represent the cause of the greatest number of deaths in the country, with one in every three Americans dying because of some sort of cardiovascular issue.

The key research points guiding the investigation of the correlation between high levels of air pollution and the development of cardiovascular problems focus on the study of that which constitutes air pollution, specifically carbon monoxide, ozone, nitrogen dioxide, sulfur dioxide and particulate matter, and on the ways in which they can do damage to blood vessels, and implicitly, to the heart.

Dr. Russell Luepker, cardiologist and professor at the School of Health at the University of Minnesota believes that it is safe to say that polluted air has a more palpable impact on the elderly or on those that already suffer from some form of heart disease. He gives the example of a person that struggles with atherosclerosis, which is the building of fat inside the arteries, explaining that when pollutants that have entered the organism, they may be the cause of a plaque in a vessel rupturing which in turn may lead to a heart attack. In this sense, medical researchers are especially worried about pollution caused by particulate matter that is less than 2.5 microns in diameter. Such type of pollutants are generally associated with fuel burning, and the danger lies in the fact that their minuscule dimension makes it easy for it to enter the human body while remaining undetected. Eventually, the particulate matter would begin to cause inflammation to the lungs and then provoke the irritation of the blood vessels around the heart.

Dr. Luepker reminds of research done by the AHA that concluded with the organization finding a definite link between exposure to polluted air and cardiovascular diseases, followed up by even more research closely examining the association between the two. The AHA discovered that individuals being exposed to mediums in which ultrafine particulate matter can be found in high concentrations are more likely to develop diseases related to the cardiovascular system, yet over 90% of the people suffering from such an illness are not informed of the health risks attributed to air pollution.

Researchers are still trying to find answers as to how particulate matter affects the cardiovascular system concretely, with two theories being mostly disputed. According to one view, it is believed that the fine particulate matter relocates itself from the lungs into the bloodstream with direct effects on the systems and the heart. The other approach is another variant of the hypothesis of Dr. Luepker regarding patients with atherosclerosis. The Lancet published a study by Dr. Joel Kaufman illustrating how exposure to particulate matter and nitrogen oxides over long periods of time has the potential to age the blood vessel prematurely and to be responsible for a more accelerated calcium buildup in the inner lining of the artery, impeding the blood flow to the heart and, thus, increasing the risk of stroke and heart attack.

Although clinical research has permitted medical professionals to confidently point to the existence of a connection between air pollution and an increased risk of developing cardiovascular disease, it is of utmost importance to comprehend the exact mechanisms behind such linkage in order for individuals and state officials alike to be able to take cautionary steps for the sake of their well-being.