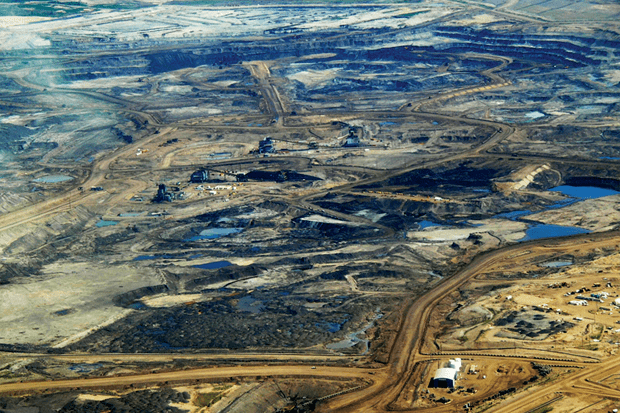 The compound called isocyanic acid has well-known negative effects on human health. Some of the conditions linked to this pollutant are cataracts and heart diseases. Generally, isocyanic acid is believed to be caused by wildfire, cars, and cigarette smoke among others. Recent studies have shown that large amounts of this compound can also be produced by off-road diesel vehicles used in oil sands operations.

The research that led to this conclusion was conducted in Alberta, Canada and its main finding is that an increased level of isocyanic acid associated with these vehicles results in significant regional pollution.

The investigations carried out in this region were conducted by measuring the level of isocyanic acid in the air. The major sources of pollution that were taken into account during the study were the direct emissions caused by on-road diesel vehicles and burning biomass. The pollutants resulting from these vehicles have been compared with the findings of laboratory studies. The conclusion was that isocyanic acid compounds can be produced both by on-road vehicles and off-road diesel exhaust which causes chemical reactions once it is released into the air.

The most significant conclusion of this study is that these secondary emissions can be up to 4 times stronger than those caused by direct emissions. The largest impact can be seen in areas located downwind of places where there is an extensive use of off-road diesel.

The specialists who conducted the laboratory comparison aimed to see how well their simulation represents the pollution hazards of the real environment. Therefore, they took samples from the air in the Athabasca Oil Sands area located in Alberta and analyzed it. The choice of the location was carefully made; this is the third biggest oil reserve worldwide and off-road diesel vehicles are used extensively in order to transport the products. In fact, almost half of the oil that is produced here is transported using this type of vehicles. The analysis showed that:

Another important step of the study was analyzing the quality of the air in the area situated downwind of Athabasca Oil Sands to see how it is affected by the industrial operations.

In order to estimate this impact, the scientists focused on analyzing the air quality in Fort McMurray, a city located downwind of Athabasca. By using computer modeling, they were able to estimate that more than 50% of the isocyanic acid found in the air above this city is produced by the nearby oil sands operations.

The threshold level for this type of emissions is 1,000 parts per trillion, exceeding this limit poses health hazards. The average level of concentration measured in Fort McMurray was only 25 which is way below the maximum safety limit. However, the emissions released from the oil sands have the potential to increase this level to as much as 600 parts per trillion according to an order of magnitude.

In conclusion, the authors agreed that the impact of isocyanic acid emissions requires more study and the main focus of further investigations should be the sources that produce these compounds and their effects on human health.