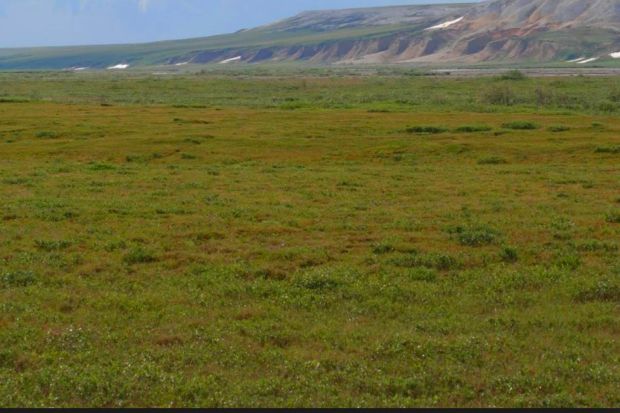 Researchers at the University of Eastern Finland and the Venezuelan Institute for Scientific Research have conducted an extensive study of the isotopes and sources of nitrous oxide (N2O) emissions in the sub-Arctic tundra. By analyzing the soil of the northwestern Russian permafrost peatlands, they were able to suggest that peat soils in the Arctic tundra regions might be affected by the nitrifier denitrification process. The process is carried out by autotrophic nitrifiers in which ammonia is oxidized in several steps to molecular nitrogen and then to nitrogen oxides (i.e., nitric oxide, nitrous oxide). The isotopic composition of N2O is affected by its source material and formation processes and thus may be used to track down the source and formation mechanisms. The N2O emissions were relatively low during the study period, and the researchers were unable to point to a specific reason why at certain times emissions are higher. Different microbes are presumably playing a role in this process, but more research is needed.

What Does Nitrous Oxide Do?

N2O may have a funny alternative name (it?s what you may know as "laughing gas"), but it is, in fact, a powerful greenhouse gas that is just as destructive to the ozone layer as the infamous CFCs (chlorofluorocarbons) that were used for decades as refrigerants, solvents etc. and then recently banned because of their environmental effects.

While its immediate effects may be anxiolytic and analgesic, over the long term, N2O can have negative effects not just on human health (from reduced fertility to vitamin B12 deficiency), but on our environment as well, by its having astonishing heat-trapping capabilities and by being one of the most damaging ozone-depleting substances of the 21st century.

Why Is the Find Important?

Given its destructive properties and effect on the future of mankind, it is essential that this compound is given much more study time to better understand its sources and behavior. While we know that agriculture is an important source of N2O, until ten years ago it was believed that colder climates did not produce any quantifiable nitrous oxide. When it was eventually discovered that permafrost peatland regions did indeed release important quantities of N2O, researchers have attempted to better understand the process in order to integrate the data into the global knowledge of environmentally damaging factors.

The Finnish-Venezuelan find could thus help develop a system of predictions for atmospheric N2O to aid global action against climate change.