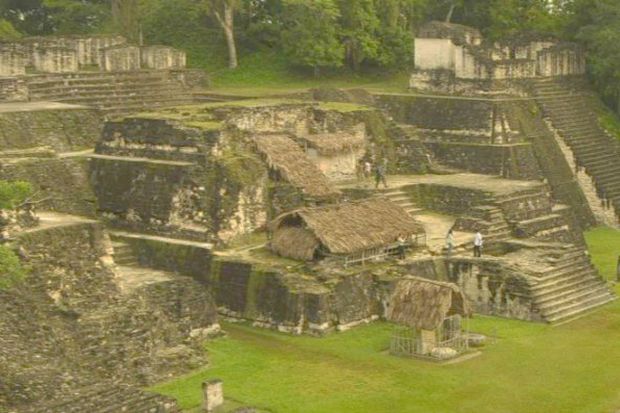 Increased temperatures over a long period of time may have led to the self-destructive behavior that ultimately brought down the Mayan civilization, claim Christopher Carleton, David Campbell and Mark Collard in an article recently published in the Quaternary Science Review.

The Canadian researchers compiled written records (mainly stone monument inscriptions) and temperature and rainfall records for the region for the period between 363-888 C.E., testing whether the previous theory (that droughts caused by limited rainfall caused the downfall of the Maya) held water in light of a more complex investigation. The results seem to indicate that it was rising temperatures rather than the amount of rainfall that is causally associated with a mounting appetite for violence and destruction, reflected in 144 unique conflicts identified among the Mayans. This is an enormous amount of acts of violence perpetrated in a society famous for its advanced arts and sciences, from mathematics to architecture.

"This increase", the article states, "could not be explained by a change in the amount of rainfall. In contrast, the increase was strongly associated with an increase in summer temperature. These findings have implications not only for Classic Maya history but also for the debate about the likely effects of contemporary climate change", conclude the researchers. In other words, the investigation could impact our understanding of today's society, where we seem to witness an increase in global violence coincident with global warming caused by environmental pollution and human activities in general.