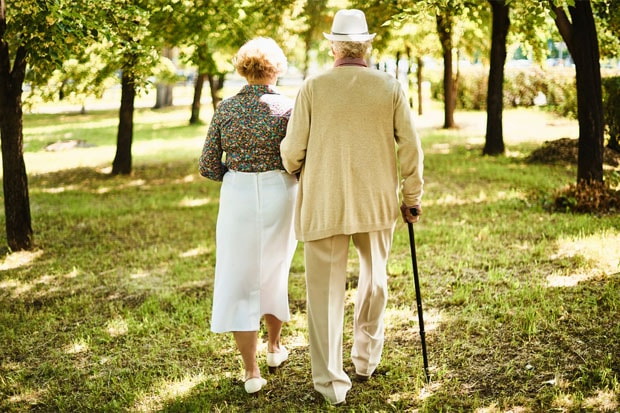 A study conducted by the Imperial College of London and Duke University points out that the effects of air pollution in urban areas are more harmful than expected in population over 60. While it is a well-known fact that air pollution is linked to an increased risk of developing breathing difficulties and heart diseases, new studies suggest that there is more to air pollution in terms of health risks. When it comes to facing the hazards of air pollution, one of the most exposed group is seniors, more precisely, those who are over 60.

The findings of a study that focused on this segment of the population pointed out that the beneficial health effects of mild exercise are canceled when the subjects are exposed to high levels of air pollution. Thus, the known advantages of taking long walks can be countered by fine particulate matter and other pollutants. Unfortunately, the most affected age group is, in this case, represented by the elderly as walking is the sole type of physical exercise they can still perform. Fine particulate matter air pollution that is common in large urban areas has already been correlated with the development of lung and heart conditions. Even short-term exposure to this type of pollution is believed to be able to cancel the positive impact of walking in people over 60. People suffering from chronic diseases often fall into the same category since their ability to exercise is often limited to very few activities out of which walking is probably the most beneficial.

The study in question has been conducted last year, with the help of more than 100 elderly volunteers who were over 60 and in relatively good physical shape. Some of these volunteers were diagnosed with heart diseases but their condition was stable. The volunteers were asked to walk for two hours a day in two different types of environment in London. The first group was asked to perform a daily walk in Hyde Park, while the second was asked to do the same in one of the busiest areas of the city - Oxford Street. It is important to note that this street often registers higher levels of air pollution than those permitted by the World Health Organization.

Before and after these people went for a walk, several measurements were performed in order to determine the health effects of walking on their cardiovascular and respiratory systems. At the same time, the researchers conducted environmental measurements to determine the level of pollution in each one of the areas were the subjects were asked to walk. The pollution levels were significantly higher on Oxford Street by comparison with Hyde Park. Some of the most prominent contaminants were fine particulate matter, nitrogen dioxide, and black carbon.

The results of the comparison show that the volunteers who walked in the park had a better lung capacity for up to 24 hours after they finished the stroll. Conversely, the participants who were walking on Oxford Street only reported a limited increase in their lung capacity. The positive effects of walking in the park were also seen when measuring the participants' heart rate and blood pressure. This group had an increased blood flow and heart rate and a lower blood pressure and less stiff arteries after the walk. In comparison, the group walking on Oxford Street only reported limited effects when the same measurements were performed.

An answer to the challenging issue of preserving the health benefits of walking in highly polluted urban areas is green spaces. While it is virtually impossible to avoid built-up areas, the choice of the route where we decide to take a stroll should change from busy streets to parks. This way, we can still benefit from the health benefits of walking as we breathe fresher air and avoid the spaces where the levels of air pollution are higher.