home \ Water \ The Quality of Tap Water in California

The Quality of Tap Water in California 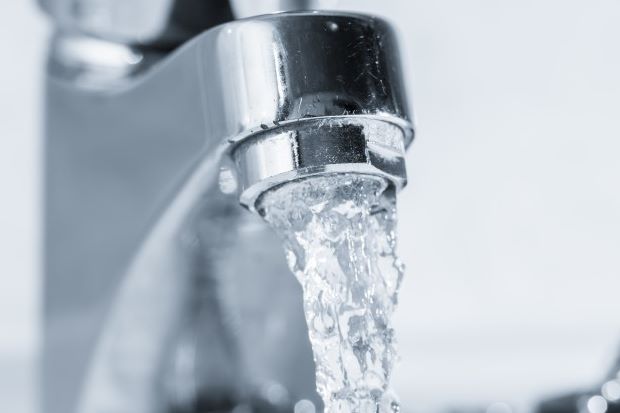 The largest part of the people living in California, approximately 30 million individuals, make use of the public water systems as their water supply, qualifying it as the biggest water system in the world.

Built in the 1960s, the design of the labyrinthic tunnels allows for freshwater and snowfall from Northern California, where about two-thirds of the water gather to travel south to the more arid region of the state. Down its path, the water is also used for irrigating the Central Valley, with the agriculture work done in the valley being responsible for more than 25% of the food that is sold on the territory of the United States, which represents more than the contribution of any other state in this matter.

Water is such an elemental resource, especially in some areas of the United States, that in California law, for instance, it is a downright human right for citizens to have "safe, clean, affordable, and accessible water adequate for human consumption, cooking, and sanitary purposes." (California Water Code Section 106.3) However, years of environmental degradation have led to the inevitable contamination of the pipes through which water is transported. Additionally, extreme weather conditions, such as droughts, have caused locals to drill into the ground for water, but while they did manage to bring it to the surface, they also brought along toxic chemicals, the most common of which is arsenic. The management of the water infrastructure and that of the groundwater are two of the main factors negatively affecting the quality of the water in most parts of the U.S.

The quality and standards of tap water are regulated by the Environmental Protection Agency (EPA), but they are also monitored by other non-profit organizations, one of which is the Environmental Working Group (EWG) that has devised its own set of standards that they refer to as health guidelines. According to a report done by the EWG testing the quality of tap water in Los Angeles alone, there were five cancerous pollutants that were above their own health limits but below what the EPA considers safe for use, and those are Arsenic, Bromate, Chromium 6, Radiological contaminants and Trihalomethanes. Additionally, OrbMedia research shows that in 94% of tap water across the United States there were microplastics found.

A Harvard study led by Elsie Sunderland determined that California water is contaminated with polyfluoroalkyl and perfluoroalkyl substances (PFAS), the quality of the water in this state being singled as the worse of all the 33 states in which PFAS were identified in water supplies. PFAS substances are proven to be immunotoxins, with some of the most frequent conditions caused by these chemicals being allergies of the skin, allergies of the respiratory tract and gastrointestinal diseases. Since PFAS can be absorbed through the skin, people will be at risk even if they do not use the public water supplies for drinking, but instead for cooking and bathing. In the light of their discoveries in regard to the levels of water contamination, the Harvard researchers concluded that it would be sensible to rethink the standards of clean drinking water since the current ones are potentially dangerous, to children most of all.

Dr. Scott Fendorf, a professor at the Stanford School of Earth, Energy and Environmental Sciences and a co-author of a study on the matter published in 2018 explains how the investigation of the research team followed the way in which the actions of farmers in drier lands bring about the contamination of water. Both locals and specialists have noticed that the terrain of the Central Valley region of California is sinking, with gathered data demonstrating the ground lowering 25 cm each year. Another thing they observed and only recently linked to the aforementioned phenomenon is that the levels of arsenic in tap water in Central Valley have been above the federal limits for nearly two decades.

Thus, the high temperatures lead to insufficient water supplies for agriculture, which in turn forces farmers to draw on groundwater, in the process also bringing arsenic to the surface, which can have destructive effects on both food production and the health of humans.