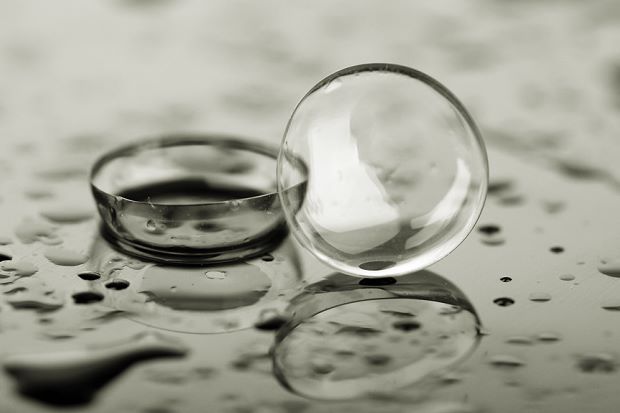 According to a 2018 study published by a research team at the Arizona State University, contact lenses wearers in America flush down the drain up to approximately 2.9 billion contact lenses annually, the medical devices finding their way into the wastewater and then ultimately into the environment.

In order to be able to calculate the number of contact lenses that reach the wastewater, the team in Arizona was able to obtain data from a collaboration with the United States Centers for Disease Control and Prevention reaching the consensus that there are about 45 million people in America that wear contact lenses on a regular basis. Moreover, the scientists partnered up with a few of the top contact lenses manufacturing companies in the United States and requested information about the types of contact lenses that are currently available for purchase. After researching the market, the Arizona team determined that on average, people in the United States wear up to 14.7 billion contact lenses during a year. The next step of their gathering data involved a survey of over 400 individuals that habitually wear lenses, with the focus being particularly on their ways of disposal, with 21% of the responses revealing that they get rid of the products by flushing them down the toilet or the sink.

The research team was primarily interested in examining the interaction between the contact lenses and the wastewater in which they end up in, and, implicitly, how the combination of both impacts the environment. The lead author of the study, Charles Rolsky explained that the initiative was fueled by the lack of research done in regard to how microplastics used for medical purposes contribute to the overall pollution of the environment, adding that the scientific community has been giving its attention and effort to the issue of plastic bags, straws or various forms of eating utensils long enough and it might be time to look at other sources of plastic that also negatively affect the soil and bodies of water.

Rolsky and his team recreated the conditions that would typically be encountered by the contact lenses facing wastewater treatment chemicals, filling up tanks with microorganisms in order to mimic the real thing. As noted by the scientists, only after as many as 172 hours they observed a slight degradation process taking place, retrospectively reasoning that the products are, after all, medical devices and, therefore, they are meant to be resistant since they are not manufactured with the main intent of being biodegradable. A cherished characteristic for the lenses wearer, but not so much for the environment, as Dr. Rolf Halden, the director of the Center for Environmental Health Engineering at the Biodesign Institute in Arizona pointed out. The microplastics failing to disintegrate results, as observed by the researchers, in approximately 23,000 kg of contact lenses pilling up in the sewage in a year. In addition to this, given the fact that reports following the management of U.S. wastewater state that 55% of it actually ends up in the ground, the team has come to the conclusion that more than 12,600 kg of contact lenses pollute the soil each year.

As to the amount of contact lenses that find their way into other bodies of water there is presently no research looking into how the waterways are being polluted, although the team at the Arizona State University pointed out that the rain could help them reach rivers or oceans, for instance. Sherri Mason from the State University of New York at Fredonia discussed the characteristics of these particular microplastics. By design, Mason notes, they are meant to absorb liquid, and implicitly, any other toxins that would be in the wastewater, thus forming a concentrated compound of damaging chemicals that can then be integrated into the food chain. When ingested by animals, they might lead to them gradually starving to death by either creating some kind of blockage in their organisms or by lowering their need to feed as they would already feel like they are full.

In contrast to the management of plastic water bottles and grocery bags, Rolsky states that there are easier actions that can be taken to prevent contact lenses from contributing to the massive plastic pollution faced by the United States and the rest of the world and that would be to make an effort to throw the lenses in the garbage as opposed to flushing them down the drain.