The Management of Nutrient Pollution 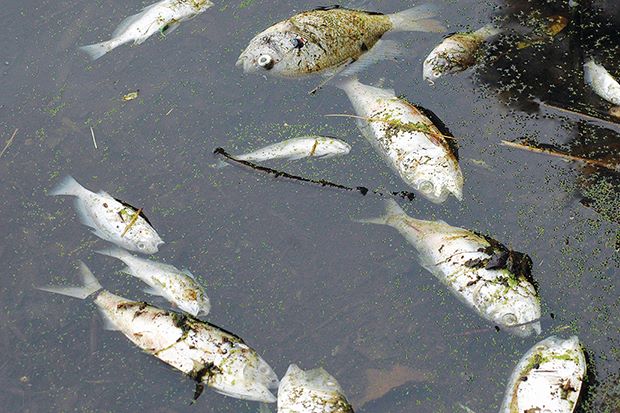 The issue of nutrient pollution is among the most expensive and demanding environmental problems that the United States has to confront in the present day, with outbreaks identified particularly along the eastern coast and in the Chesapeake Bay.

When it comes to the topic of nutrient pollution, the focus is usually fixed on nitrogen and phosphorus, which are the two main components that cause this type of pollution. On one hand, nitrogen and phosphorus can be found occurring in water and soil naturally, but on the other hand, humans also spread them in the environment by using them as fertilizers.

Although using nitrogen and phosphorus as a way to boost the nourishment of vegetation is a tactic that is widely practiced by farmers, the usage of the substances in miscalculated doses or in improper spaces can lead to the damaging of the environment. Among the specialists in wastewater treatment in America, it is a well-known issue that nutrient pollution is an environmental threat that needs to be taken seriously.

Nutrient pollution has the capability of disrupting the functioning and the structure of entire ecosystems, and it is especially prone to disturbing habitats in the aquatic realm. In this sense, a location that is heavily affected by nitrogen and phosphorus is the Chesapeake Bay, along with other estuaries in the United States, as the algae growth is out of control due to the inappropriate management of wastewater from farms and agriculture.

Both the dimensions and the density of such algal blooms impede the normal life cycle of the rest of the aquatic creatures from a body of water by forming a blockade between the underwater vegetation and fauna and the sunlight, significantly slowing down their development. In the worst case scenario, algal blooms will lead to the occurrence of so-called dead zones, which are areas in the water with very low oxygen levels.

Wastewater containing these kinds of nutrients is also frequently released into streams and into coastal waters, and most of the wastewater plants in the U.S. have not been constructed to handle the removal of nutrients. The issue of nutrient pollution rises in severity in the cases in which the septic systems that release such wastewater are located in the vicinity of sources of drinking water.

Moreover, the health of humans can be seriously impacted, for instance, by high amounts of nitrate in the drinking wells. The most common occurrence is a condition called methemoglobinemia or the baby blue syndrome, which affects infants by impeding their ability to absorb oxygen into their blood. In order for the baby blue syndrome to develop, there would be a need for nitrate levels to be over 10 mg per liter.

In January 2018, a study was published by the University of Illinois College of Agricultural, Consumer and Environmental Sciences addressing the ways in which nutrient pollution can be kept under control. The paper acknowledges the circumstances that characterize the Gulf of Mexico each summer i.e. the creation of dead zones as a result of the excessive amounts of nitrogen and phosphorus accumulated there from the wastewater treatment plants but also from the farms located along the course of the Mississippi River. The study focused on the nutrient pollution occurring in three states: Illinois, Iowa and Minnesota, and their examination was conducted from the angle of determining the best pollution reduction strategies. In this sense, the researchers were interested in analyzing factors such as the incorporation of bioreactors and changes in the application of nitrogen.

Reid Christianson, the lead author of the study and a researcher at the University of Illinois in the Department of Crop Sciences states that the three-state investigation gave them valuable practical information in regard to activities that would be cost-effective, efficient at reducing the amounts of nitrogen and phosphorus and that could also be easily tracked.

Laura Christianson, professor in Crop Sciences and a co-author of the study points out that among other things, the researchers looked at nitrogen management and at how modifications to the quantity used would make for one of the least expensive strategies, but at the same time it would be hard to track by farmers and it is not as effective as other practices. The study, she said, reveals that the issue handling nutrient pollution is more complex than it could have been anticipated and that more research would need to be done in order to reconcile conflicting components such as costs, effectiveness and trackability for a change in environmental policies to be implemented.