The Issue of Toxic Algal Blooms 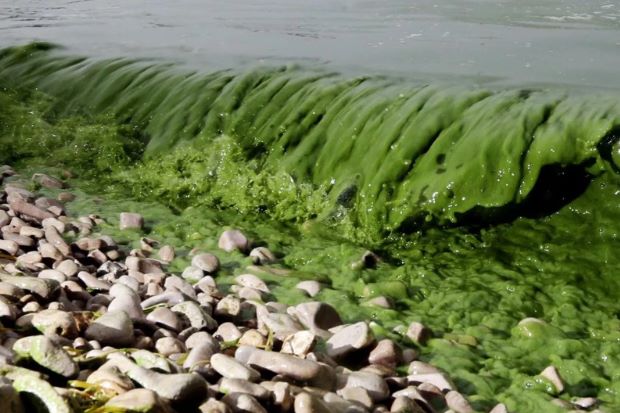 On a territory as large as America's, one can find various types of waterways, mostly dependent on geography and on the specific needs of the communities in their vicinity. The frequent problem faced by many of these bodies of water is the unchecked growth of hazardous algal blooms. These blue-green algae develop as a result of nutrient pollution, i.e. the waste coming from agriculture processes, urban drainage and sewer systems.

Brian E. Lapointe, a research professor at the Florida Atlantic University, was in charge of a study that closely looked into that which caused harmful algal blooms using St. Lucie Estuary as a study object. The conclusion at which he and his team arrived was that the algae needed light and salinity on one hand, and on the other, large amounts of nitrogen and phosphorus. For the latter, they identified the source as being human waste and wastewater.

In the United States, basins such as Lake Erie and the Gulf of Mexico are among the largest recurring hazardous algal blooms areas. However, the issue of harmful algal blooms seems to be shared by waterways across the entire nation. According to the Environmental Protection Agency, data shows that over 40% of rivers and streams in the U.S. tested positive for high levels of nitrogen or phosphorus, more than 35% of lakes of the freshwater kind were affected by nutrient pollution and so were about two-thirds of all coastal regions in the country.

In May 2018, in Salem, Oregon, toxins originating from an algal bloom had found their way into the city's tap water resources. The toxins were reported to have been at low levels, which meant that they did not pose a serious threat, with a warning having been issued only in regard to children, nursing mothers and pregnant women and pets. However, the circumstances prompted Oregon to develop regulations that would prevent similar scenarios from happening in the future. Thus, all public water suppliers in Oregon are obligated to have their water specifically tested for algae toxins. These blooms contain cyanotoxins which can have various damaging effects on the human body, from eye, skin and throat irritation to vomiting or organ and neurological problems and respiratory issues. Animals can be negatively impacted, too, by drinking water or going into it and getting the cyanobacteria on their fur.

On the topic of toxic blooms, Dr. Steven Wilhelm, a professor at the University of Tennessee that has been actively researching algae affirms that the growth of algal blooms drastically increased since the 2000s. Speaking about the circumstances that make it possible for them to develop and rapidly take over a body of water, it is his belief that there are two big factors that create the favorable conditions: nutrient pollutants and climate change. Thus, the worldwide rising temperatures and large quantities of waste would primarily contribute to harmful algal blooms growing more and more rampant, making officials reconsider drinking water policies in an effort to keep up with the changes and be able to protect the population.

In the case of the citizens of Salem, the root of the problem was found 35 miles away in Detroit Lake that was infested by toxic algal blooms. The solution the authorities in charge proposed was to have large amounts of powdered carbon poured into the water supply in order to get rid of the toxins, and the project has so far been a success. Even if algae are still present around Detroit Lake, the water supply in Salem has repeatedly tested negative for algae toxins.