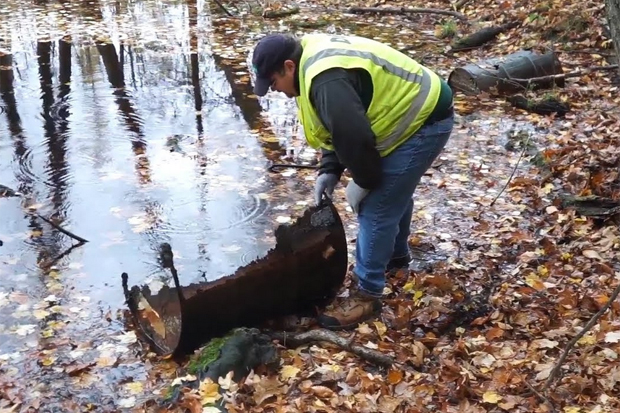 PFAS Pollution Litigation Settlements May Be in the Billions

The potential settlements that may be reached from the PFAS pollution lawsuits may be worth a billion, according to James Ray, an attorney at the Hartford-based law firm, Robinson & Cole. Per- and Polyfluoroalkyl Compounds (PFAS) are the key ingredients of the firefighting foam from Bradley International Airport that got spilled into the Farmington River in June and also into the waterways at Windsor and Windsor Locks recently. Similarly, PFAS foam has contaminated the drinking water wells at Willimantic and Greenwich.

PFAS compounds are pervasive and because of the way the chemicals stay in the human body as well as the environment, these are called "forever chemicals", and this is what makes the PFAS cases unique. PFAS have been linked to various types of cancer, diabetes, obesity, reproductive and developmental problems, and immune system disorders.

There are about 4,500 different versions of PFAS compounds. PFAS are very effective as fuel and chemical fire suppressants and therefore is widely used in firefighting foam. Other consumer products such as non-stick cookware, pizza boxes, rainwear, clothing, furniture, and stain-resistant carpets also contain this chemical.

In response to the accidental release of thousands of gallons of PFAS firefighting foam from the Bradley Airport hangar, a state task force was created to call for PFAS testing of public water systems in Connecticut, private wells considered to be at risk, and also checking groundwater pollution due to PFAS contamination surrounding airports, landfills, and military facilities. The chemical went down the sewer line to reach the Farmington River. A do-not-eat warning for fish sourced from the Farmington River is in effect because the State experts found elevated levels of PFAS in the fish from the river.

What Are Regulators Up to?

One of the major reasons why the states are filing lawsuits against the PFAS manufacturers is that the U.S. Environmental Protection Agency (US EPA) has been acting too slowly on the issue. The EPA has just issued a safety limit of 70 parts per trillion for the two PFAS compounds (PFOA and PFOS), however, the safety limit is not legally enforceable. The Centers for Disease Control and Prevention suggested a safer standard for PFAS levels in drinking water, which is as low as 10 parts per trillion.

Over 100 PFAS lawsuits from all throughout the United States have been combined into multidistrict litigation that is now before a South Carolina federal court. Some of the major defendants named in those lawsuits are 3M and DuPont. 3M has agreed to a settlement of $850 million in a lawsuit filed by the Minnesota state for PFAS groundwater pollution. Similarly, DuPont and Chemours have agreed to compensation of $671 million to settle the Parkersburg plant PFAS ground and drinking water contamination legal actions.