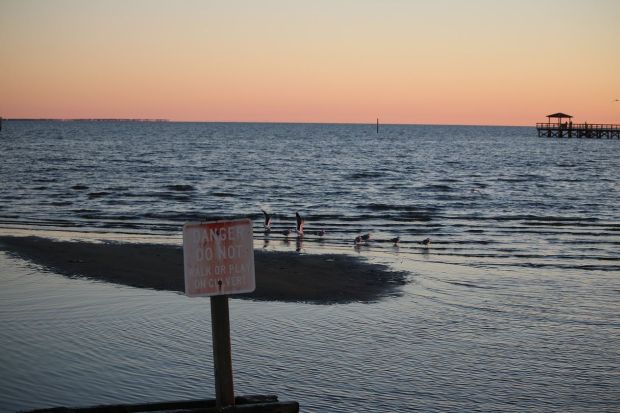 There is increasingly alarming news about the area known as the 'Mexico dead zone'. While even two years ago scientists were warning that the hypoxic (oxygen-depleted) area west of the Mississippi River delta in the Gulf of Mexico was well beyond average, at over 6,000 square miles, it now seems in 2017 the dead zone might nearly double in size, possibly becoming the largest of its kind this year.

A dead zone is an area near an inhabited coastline of a sea, ocean or large lake, where high amounts of nutrient pollution from human activities diminish the levels of oxygen that the marine life in the area needs to survive - especially by stimulating excessive algal bloom, which impedes the reproduction and survival of zooplankton and fish. There are more than 400 known dead zones in the world, ranging from half a mile to 27,000 square miles.

Fertilizer-rich runoff from Louisiana farms is the main culprit for the Mexico dead zone, especially nitrogen-rich water waste. The negative impact of farmhouse practices will soon tell on U.S. seafood production, bearing in mind that Louisiana is the nation's second largest seafood producer, with approximately 40% of the total coming out of the Gulf area. The dead zone will also negatively affect tourism in the area.

While tropical storm Cindy may develop into a hurricane, it will only have a temporary effect on the oxygen levels off the coast of Texas and Louisiana. The solution remains long-term changes in fertilizer use across Midwestern farms.