home \ Water \ Lead (from Bullets) Pollution of Lake Michigan Pointed out by a Petition Filled before the U.S. Supreme Court

Lead (from Bullets) Pollution of Lake Michigan Pointed out by a Petition Filled before the U.S. Supreme Court 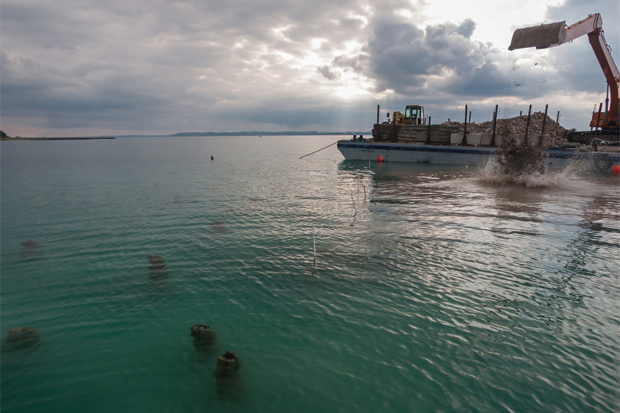 The petition filled by Blue Eco Legal Council before U.S. Supreme Court alleged that the FBI, the Coastal Guard and military services have discharged thousands of bullets (lead bullets) into Lake Michigan during the past 90 years. This is noted to be in violation of the Federal Clean Water Act.

The bullets are alleged to come from firearms training facility in North Chicago. This is an FBI facility also used by the Coast Guard, Navy and Marines. According to Steven Pollack, the Blue Eco's Executive Director, in 2006 during some live-fire training exercises, a total of 62,584 bullets (equaling more than 800 pounds) were shot into all the Great Lakes. As a result of the bullet discharge in the lake, the lake lead level was reported three times higher than what is considered safe with potential to contaminate North Chicago water supply - according to a 2006 North Chicago Water Quality Report, therefore leading to water pollution.

Background Information on Lead and Its Toxicity

Lead (Pb) is a heavy metal (with highest atomic number of all stable elements) found in a series of natural minerals. It is used in bullets and shots, as well as in building construction, fusible alloys, and radiation shields (e.g., in nuclear plants). Lead was historically used in paint as well as in leaded gasoline, but not anymore.

Lead is toxic to humans and was proven to damage the nervous system by damaging the nervous connections and causing brain disorders (especially in young children). Thus, lead is a potent neurotoxin. Over time, lead may accumulate in bone and soft tissues.