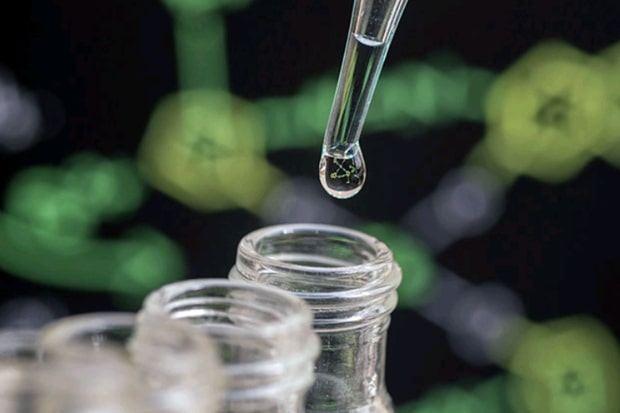 According to the researchers from Drexel University, there is a way to get rid of the stubborn and toxic 'forever chemicals' from the drinking water. This new research is a ray of hope to millions of people across the United States. As much as 98% of the US population has PFAS in the bloodstream, possibly due to a combination of drinking water contamination, direct exposure, and bioaccumulation.

Per-and poly-fluoroalkyl substances, also called PFAS, in short, are being used for six decades in products such as nonstick pans, waterproof clothing, and in fire-fighting foams. From the past two decades, there have been concerns arising over the health risks associated with the exposure to PFAS, which include cancer, thyroid problems, high blood pressure, and low birth-weights. This has led to federal bans and several monitoring mandates. Though massive remediation efforts were taken, elimination of these chemicals from drinking water was proven nearly impossible as the chemicals were designed to be resistive to high-temperatures. Standard treatment methods failed to break down PFAS compounds because these contain the extremely stable carbon-fluoride chemical bonds.

A team of researchers from Drexel's College of Engineering and the C. & J. Nyheim Plasma Institute collaborated to study the usability of cold plasma, a blast of charged gas in eliminating PFAS from water. The results of this study were recently published in the Environmental Science: Water Research & Technology journal.

Activated carbon filters are currently used to deal with PFAS-contaminated water but it does not destroy PFAS and can only collect it. On the other hand, the filters need to be incinerated at high temperatures or else the used filters will serve as a new source of PFAS making its way into the environment through landfill runoff. In order to completely eliminate PFAS, the carbon-fluoride bond in the chemical should be split apart. The primary objective of the proposed decontamination method is to break the carbon-fluoride chain into smaller pieces to make it inert, whereas the secondary objective is to remove the fluoride atoms from the compound completely - a process called defluorination.

Subjecting the compound to 1,000 degrees Celsius can break the extremely stable carbon-fluoride bond but this method is not feasible for water treatment due to the consumption of a massive amount of energy. Therefore, researchers have proposed the use of highly energized gas or plasma to activate the atoms of PFAS.

How Does Cold Plasma Work?

In cold plasma, an electromagnetic field is employed to excite the electrons in gas without the need of raising the overall temperature. As a first step, a rotating electromagnetic field is created with the help of a device called a gliding arc plasmatron. This electromagnetic field activates the electrons of gas bubbles present in the water. The high-energy electrons break down the chemical present in the water and start emitting ultraviolet radiation. Eventually, the spinning vortex of atoms, ions as well as radiation reaches a high level of activity that is strong enough to break down the carbon-fluoride bond in the PFAS compound, without raising the water temperature. Thus, according to the published study, the gliding arc plasma treatment can get rid of over 90% of PFAS from the water and defluorinate at least a quarter of the compounds in just an hour.

Now that PFAS is found almost everywhere, not just in water and soil in the vicinity of airports but also in consumer products such as stain-resistant fabrics and food packaging designed to repel liquids and grease, we are in urgent need of an effective method of treating water. As the study has been able to prove that cold plasma water treatment is effective and an energy-efficient method, the testing of its potential will be done on a larger scale. Further, this technology could be modified to be able to treat contaminated soil and achieve complete defluorination of the PFAS compounds.