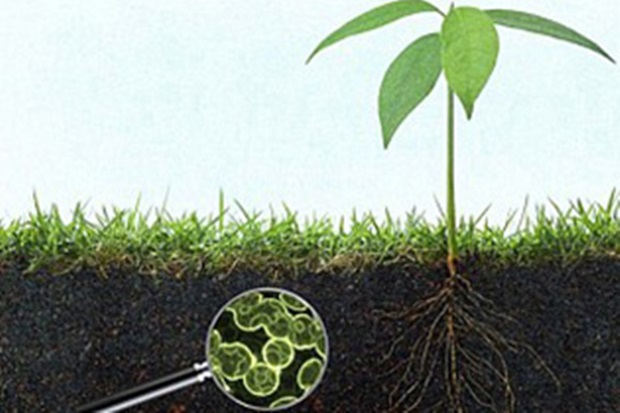 A report published by a team of scientists at the Department of Energy's Lawrence Berkeley National Laboratory or Berkeley Lab discussed the new technique that was developed to isolate active microbes from a soil sample. This technique is called Bioorthogonal Non-Canonical Amino Acid Tagging (BONCAT) and is a very useful microbial sorting tool that helps in identifying active microbes.

This achievement initiated a new wave of research and the technique has been currently adapted for use in soil samples. This tool lets scientists know how soil microbiome affects the large-scale environmental cycle.

A Proof-of-concept Study to Test the Effectiveness of BONCAT

Estelle Couradeau, the first author of the study stated that soils contain most diverse microbial communities present on the Earth and each gram of soil holds billions of cells of thousands of species, which all together perform important nutrient cycle on the planet. These are in fact, the backbone of terrestrial ecosystems and one of the key requirements for sustainable agriculture is a healthy soil microbiome. Recently, tools have been developed to identify the species and this study has established that BONCAT is quite effective and can be used to link active microbes with environmental processes. Thus, the newest BONCAT technology facilitates a better understanding of the role of active microbes present in the soil.

Couradeau and her co-authors as well as several other researchers from other parts of the United States have been working in collaboration for the past two years on a scientific focus area led by a Berkeley lab, termed the ENIGMA (Ecosystems and Networks Integrated with Genes and Molecular Assemblies). The objective was to deeply understand the inner-workings of the soil microbiomes. These projects help to enhance our knowledge about environmental functioning and enable scientists to effectively harness microbiomes in the development of drought-resistance in crops, get rid of environmental contaminants, and produce fuels and bioproducts.

However, there are several barriers in measuring microbial activities and interactions because soil microbes cannot be grown in laboratory cultures but are abundant in their natural habitat. In addition, it is incredibly difficult to analyze and investigate what each microbial species does. For instance, soil microbiomes that can get rid of waste in underground water reservoirs are located hundreds of feet below the Earth's surface, and in some conditions, at least 95% microbes remain inactive at a given time.

Generally, microbiologists collect samples and depend upon indirect approaches including DNA sequencing to characterize the microbial communities. But, most techniques fail to distinguish active microbes from the dormant ones.

Advancement of the Toolkit

BONCAT, was invented by Caltech geneticists in 2006 to isolate newly produced proteins in cells and later in 2014, researchers at the U.S. Department of Energy (DOE) Joint Genome Institute (JGI) collaborated with Victoria Orphan's Lab at Caltech to modify BONCAT into a tool that can identify active, symbiotic groups of marine microbes in the ocean sediment. After refinement of this approach, BONCAT Fluorescent Activated Cell Sorting (BONCAT+FACS) was developed to detect active microbes individually. This technique allowed scientists to sort out a single-celled organism based on the presence or absence of fluorescent tagging molecules that bind to a modified amino acid Methionine. BONCAT+FACS is effective as well as a refined tool to determine the microbes that are active in a community at any specific time.

The new BONCAT technology has accelerated the development of various other tools and techniques in agriculture and microbiology. Research groups including Berkeley Lab are hoping to use BONCAT to study how environmental changes affect or stimulate microbial groups. Additionally, with BONCAT, immediate snapshots of microbiome reactions with normal habitat, fluctuations, as well as extreme situations such as flood and drought can be obtained. According to Couradeau, this approach catalyzes various important lines of study such as improvement of agricultural practices, assessment of antibiotic susceptibility in unculturable microorganisms, and investigation of unknown roles of Candidatus Dormibacteraeota, a type of soil bacteria that appears to be dormant all the time.