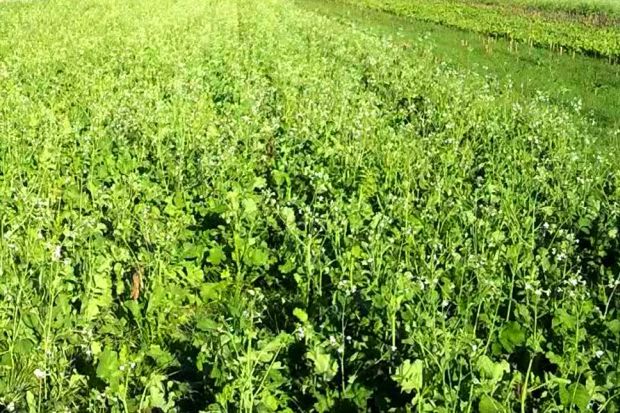 With environmental considerations added to an exponential demographic increase, feeding the world is not easy - especially with costs being a constant concern for most agricultural operations. It is generally agreed, however, that the solution is not to expand farming land, but to increase crops from the existing agricultural properties.

At the forefront of the fight to come up with clean, affordable solutions is Harvard University, whose "bionic leaf" created a stir last year. The leaf Harvard researchers came up with an artificially engineered leaf which can split water molecules and produce liquid fuel. It is, in fact, a leaf that is 10 times better at photosynthesis than regular plants.

Now prospects have become even better, as the team led by David Nocera has come up with a way for the artificial leaf to create fertilizer, too. The process involves a bacteria that eats the hydrogen produced by the artificial leaf, then forming a bioplastic when exposed to CO2. The resulting bioplastic can then use the nitrogen naturally present in the air to make ammonia, and therefore fertilize the soil when placed near the crops.

In a paper delivered early in April at a meeting of the American Chemical Society, the team presented their results, which showed the bacteria was extremely industrious: crops grown with Xanthobacter grew 150% times larger than those without the bacteria. The results were sustained over five growth cycles.

Fertilizers are not only among the most expensive products required by farmers to deliver sustainable growth, but also common polluters of water bodies, resulting in eutrophication of many lakes, for example. Eutrophication involves the unwanted processes triggered by excessive nutrients in surface water bodies resulting in algal growth, depletion of oxygen, fish kills, loss of clarity, and release of toxic contaminants under anaerobic conditions, some of which also generate extremely unpleasant smells. The innovative solution described herein would allow for an affordable, easy-to-implement and sustainable solution for expanding agriculture, while bypassing chemical fertilizers.