Contaminated Soil in New York Raises Issues Across the Board 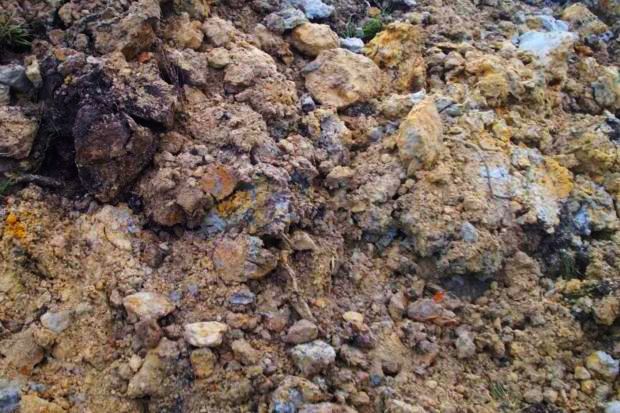 Piles of dirt exposed out in the open in a popular recreational area are said to be contaminated with chemicals, some linked to cancer. Soil analyses confirmed the danger in the case of certain polycyclic aromatic hydrocarbons currently classified as human carcinogens.

In 2010, the soil was stockpiled here in the aftermath of a planned commercial deal. Two years later, with the stockpile still there, Ramapo signed a $800,000 contract for removal and disposal of the soil. Half the amount was paid in advance to the town of Rockland, whose sewer board supervisor at the time has in the meantime resigned and is under investigation for unrelated corruption charges.

Five years later, the stockpiled soil is still there and, after rain, snow and sleet, runoff may have carried contaminants from the piles of dirt into the groundwater nearby, possibly contaminating more than the recreational area next to it.

The Rockland County scandal may open up discussion about potential similar cases across the country. There may be other such situations out there, where soil dug up for new commercial sites is left exposed for years, untested and within easy reach of the local population.

Soil coming from potentially contaminated areas (near gas stations, industrial sites, auto repair shops, commercial enterprises etc.) should be tested for hazardous chemicals. The more it is left out in the open, the higher the danger that various contaminants may be mobilized and pollute the air and waterways, leading to serious diseases for anyone exposed not just to the soil itself, but also to anything the runoff may have contaminated in the meantime.

What Can You Do?

From a practical perspective, this raises the question of what can we do to avoid such situations in the future and minimize potential associated risks. First, look for stockpiled soils around the area where you live and work and report any findings to the regulatory and/or law enforcing agencies. Second, educate yourself and your family, particularly your kids to avoid playing or touching any suspicious stockpiled soil or waste even if it is in an area that is not marked or in the middle of a park or playground. Last but not least, you may raise the awareness of your neighbors and friends alerting them to be on the look for potentially contaminated soil and help report any discovery in this respect. After all, you can indeed Be the change you want to see in the World!