Issues Raised by BP Oil Spill in the Gulf of Mexico 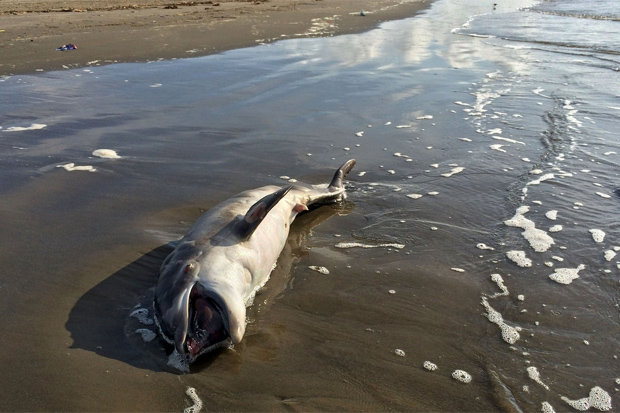 As the oil spill coming from BP's Deepwater Horizon exploratory drilling rig accidents (blowouts) of April 20 and 22, 2010 continues unabated, many questions are raised and many gaps uncovered in our knowledge. Most importantly, the long-term effects of such catastrophic spill on humans, marine life and environment are hard to predict, while various clean-up methods seem to raise a series of additional issues (such as the controversy related to the dispersants used). So far, few environmental issues became evident including:

While the oil continues to be spilled and scientists struggle to investigate and better understand and address, the long-term impact of the spill on environment, ecosystems and humans remains hard to predict.

The long-term effect of the spill on the quality of marine water, marine organisms and humans remain hard to predict as the oil continues to be spilled unabated since the April blowout of Deepwater Horizon BP's drilling rig - about 52 miles offshore of Louisiana and in nearly 5,000 feet of water.

Below we point out few particular environmental issues with the spill so far - each of them raising questions related to the long-term effects of the spill and the potential to affect humans, too:

It should be pointed that such observed plumes were not confirmed by the National Oceanic & Atmospheric Administration (NOAA). According to NOAA, more testing is needed to confirm the presence of such underwater plumes. However, a University of Georgia researcher has taken ocean saples from the area of the observed pkume which proved to contain oil. Such plumes were originally attributed to BP's underwater injection of chemical dispersants - a method tried for the very first time on the spill. Yet, such underwater plume may be caused by the spill itself due to natural dispersion. In fact, reports of such underwater plumes exist for other areas in the world where oil spill occurred. The plumes consist of oil and gas which pulls dense water from ocean's depth as they rise toward surface of water. The denser water slows down the ascent of the plume toward the water surface. It seems that the underwater applied dispersants will reduce even more the speed of plume ascension toward the water surface. Some scientists believe that dispersed oil plumes may spend more than a week in water before reaching the top.