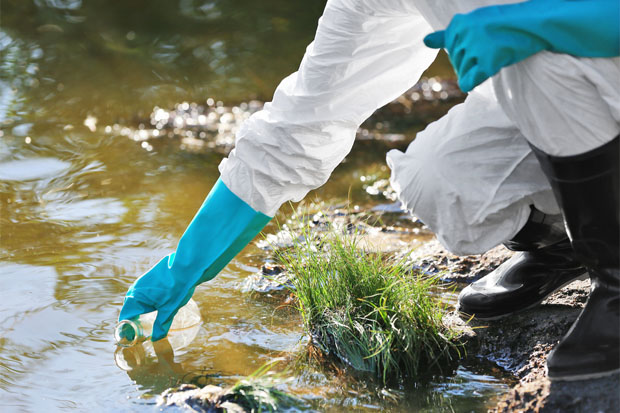 Recently, the commissioner of the New York State Department of Environmental Conservation (DEC) announced a new soil and water sampling initiative, which would help to determine the presence of contaminants in the communities surrounding the Norlite facility located in the city of Cohoes. PFAS incineration and other practices of the facility such as disposal of PFAS containing aqueous film-forming foam (AFFF) were the major community concerns at Norlite. These initiatives were taken as a part of DEC's ongoing response to the concerns raised by the community and to ensure the protection of the environment and the community.

To get an insight into the potential impacts of the AFFF incineration at Norlite facility, the DEC is collaborating with the residents of the city of Cohoes and New York's scientific experts. This sampling plan will gather essential information required for future actions and will turn out to be a valued resource to the DEC and the community.

After the Norlite facility suspended its operations temporarily in late 2019, the DEC sent directions asking Norlite to stop thermal treatment as well as AFFF disposal. Later on, the DEC worked with the local and state elected officials to study the impacts of Norlite's past incineration of AFFF.

The incineration of PFAS in the past has raised concerns among residents that the emissions released from the facility have caused PFAS contamination in the surrounding area. Drinking water is the primary pathway for PFAS exposure and therefore, the DEC and the Department of Health (DOH) conducted the sampling of municipal water supplied at Cohoes and Green Island earlier this year. This was done to check whether PFAS concentration in the water changed with time.

Further, with the state's ongoing response efforts and advancements in the scientific understanding of air emissions, the DEC and the DOH is going to collect samples of soil and water from various locations including upwind/downwind, upstream/downstream to study if the air contains PFAS. The results will be reviewed to see if there are environmental impacts in the area and future actions will be taken.

The DEC's sampling plan will adopt a comprehensive, fact-based approach that ensures that results are scientifically sound. This effort is going to provide us a clear roadmap to protect the community at Cohoes and address their concerns.

How Important Is This Step to the Community?

The PFAS are also called forever chemicals and are harmful to us and our environment. As per the Environmental Protection Agency (EPA), the effectiveness of the use of incineration to destroy PFAS is not understood. We are unaware of the harm that was caused to people and the environment when nearly 2.4 million pounds of PFAS containing AFFF was incinerated at Norlite between 2018 and 2019.

The soil and water testing plan announced by the DEC is a responsible act to reveal the environmental impact that the Norlite facility has created in the Cohoes city. The DEC's plan to conduct the initial rounds of soil and water testing is a very important step. The information derived from this testing will help determine the future course of action in the city and is thus a piece of great news to be welcomed.