From Poor Air and Water Quality to a Diseased Nation 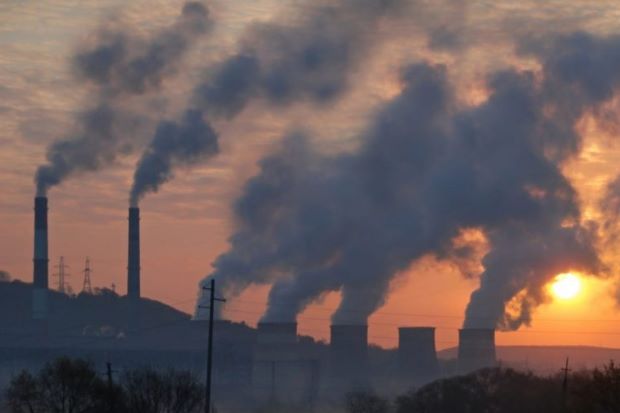 Specialists in the scientific community are still devoting their efforts to an ongoing investigation focused on identifying connections between polluted areas across the country and health risks faced by American citizens. The United States occupies a position among the top 10 countries that document a large number of deaths due to pollution of the modern kind, i.e. fossil fuel and chemical contamination. When the fact that scientists can vouch that not all types of substances that affect the average person have come under their inspection is acknowledged, then it would be fair to deduce that the number of deaths caused by pollution is likely to be higher than the one stated by the available data.

Research found that pollution-related diseases, most commonly cancers and heart illnesses are the cause of more deaths than any other conditions combined. When it comes to air pollution, for example, the fact is, according to the American Lung Association, that over 160 million people in America are situated in areas with high levels of ozone impurity, which increases the risks of developing diseases such as cancer of the lungs, asthma, cardiovascular issues or problems of the reproductive systems.

Since the times the Industrial Revolution occurred in the United States, concerns with environmental issues have been a constant on the American territory, and particularly in regard to the pollution of the air with approximately 90% of all air pollution in the U. S. generated by fossil fuel burning to obtain the conveniences of functioning motor vehicles and heating and electrical systems for both industrial and individual uses.

The World Health Organization has officially categorized air in itself as carcinogenic to humans since research demonstrates that it is infused with cancer-based substances. Medical professionals are especially worried about pollution caused by particles that measure less than 2.5 microns, as it is often the case with those emitted by fuel burning. Their minuscule dimension allows them to easily go unnoticed and, thus, be inhaled or ingested without encountering any resistance. The consequences usually involve one or more of the following: chronic pulmonary diseases, cancers, and cardiovascular diseases. Studies also pointed to hazardous air pollutants, also known as HAP, for being responsible for cervical cancer and cancer of the aerodigestive tract. Additionally, the International Agency for Research on Cancer (IARC) indicates that these air pollutants may also be the cause of bladder and breast cancer.

Historically, data gathered by studying environmental risks illustrates that there are significant increases in hospitalizations and deaths in the times and places in which there is an excessive concentration of smog. That being said, according to the American Lung Association's 2018 State of the Air, 8 out of the 10 most polluted cities from the United States, in terms of air pollution, are all in California.

Water pollution is often associated with poor management of the sewage systems, which usually leads to deaths caused by either parasitic contamination or gastrointestinal illnesses.

Groundwater is at least as much subjected to pollution as surface water is, aggregating a variety of chemicals and hazardous substances. Pollutants usually end up expanding in the surface water sources, which are collected in the water supply that in the end enters the households of the residents living in the area.

Some of the most prevalent substances contaminating drinking water nationwide are:

Each year, about 1.5 million tons of nitrogen-polluted waters are brought by the Mississippi River into the Gulf of Mexico, affecting all the areas from Southern United States as it follows its course.

When it comes to stagnant waters, research shows that about 40% of the lakes in the United States are highly polluted for any kind of human interaction to be considered safe. The degree of pollution as well as the factors which caused it differs from case to case, but in general, it is a matter of regularly dumping waste in the lakes.

There are different ways in which water is being contaminated in the United States, and all of them should be seriously taken into consideration in order to come up with effective solutions. Among the biggest sources of water pollution are:

With the Clean Air Act defining regulations in the United States since 1970, research shows that the use of 6 high-level air pollutants has lowered over the years by as much as 70%. At the same time, the Clean Water Act, originally introduced in 1948, but regulating water issues in its current outline from 1972, actively tries to make problems of the environment as worthy of careful analysis and funding as any other contemporary American affairs.