home \ Chemical \ Cosmetics Contain 1,4-dioxane: How Harmful Is It?

Cosmetics Contain 1,4-dioxane: How Harmful Is It? 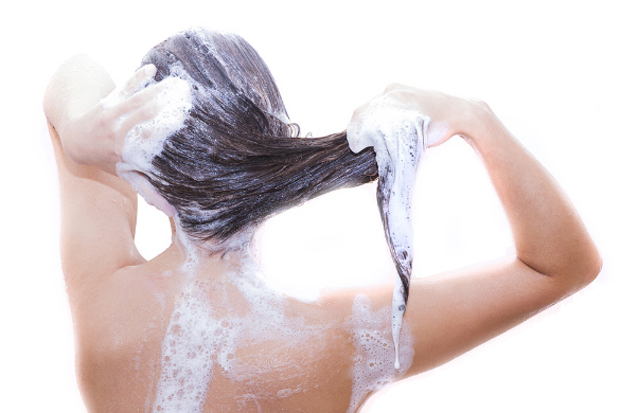 As much as 22% of over 25,000 cosmetic products present in the Skin Deep database contain 1,4-dioxane, a potential human carcinogenic substance. However, one cannot find it on the product labels. This is because 1,4-dioxane is a manufacturing byproduct or just a trace contaminant that forms when common ingredients react once mixed together. The ingredients include certain foaming agents, detergents, emulsifiers, and solvents with the prefix- polyethylene glycol (PEG). Cosmetics that produce lather such as liquid soap, shampoo, bubble baths, and hair relaxers contain 1,4-dioxane.

According to the analysis performed by the Environmental Working Group, 97% of hair relaxers, 57% of baby soaps, and 22% of all the products in the Skin Deep database are contaminated with 1,4-dioxane. In 2007, independent laboratory tests co-released by the Campaign for Safe Cosmetics revealed that some of the popular brands of children's bubble bath and body wash contained 1,4-dioxane.

What Exactly Is 1,4-dioxane?

The compound, 1,4-dioxane forms during a process called ethoxylation, which involves the addition of ethylene oxide, a known breast carcinogen to other harsh chemicals in order to make them less harsh. Sodium laurel sulfate, a harsh chemical for the skin is converted to its less harsh form called sodium laureth sulfate. This conversion process, in fact, leads to contamination of the ingredient sodium laureth sulfate with 1,4-dioxane. Other common ingredients that may get contaminated with 1,4-dioxane include the chemicals with the names ending with 'xynol', 'oleth', and 'ceteareth', and PEG compounds. Therefore, it is important to look for these ingredients on the product label while buying cosmetics.

Cancer and Other Health Concerns Associated with 1,4-dioxane

The chemical 1,4-dioxane is also included in the California State's Proposition 65 list of chemicals that are known or likely to cause cancer or birth defects. Research has shown that 1,4-dioxane can readily penetrate the skin.

There is no way consumers can make sure whether a product contains 1,4-dioxane or not because it will not be listed on the labels. This is because the FDA does not require the listing of 1,4-dioxane as it is the contaminant that is produced during the manufacturing process. Thus, it becomes difficult to choose cosmetics that do not contain 1,4-dioxane. However, it is advisable to avoid products containing sodium laureth sulfate, PEG compounds, and chemicals with the names ending with 'xynol', 'oleth', and 'ceteareth'.

There are alternative processes that can help avoid the ethoxylation process. Vacuum-stripping is a process that can get rid of 1,4-dioxane from an ethoxylated product or else the process of ethoxylation can be entirely skipped by the use of less-harsh ingredients.

A study conducted by the Organic Consumers Association suggested that a variety of cosmetics that certified under the USDA National Organic Program do not contain 1,4-dioxane. This is because organic standards do not allow the ethoxylation process. Thus, an effective way to avoid exposure to 1,4-dioxane is to choose products that have received certification under this program.

FDA Action with Regard to 1,4-dioxane in Cosmetics

The FDA periodically monitors the 1,4-dioxane levels in cosmetic products and will continue to monitor the information. If any health hazard exists, the FDA would advise the industry to take appropriate actions in order to protect the health of the consumers.