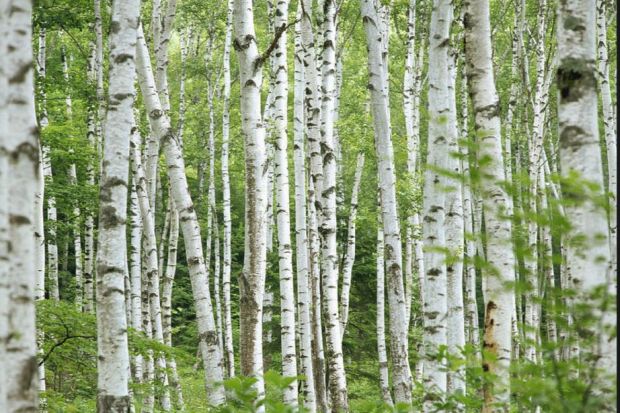 An USDA-funded study conducted at the University of Delaware by professor Shreeram Inamdar, doctoral student Daniel Warner and assistant professor Rodrigo Vargas, and published in the scientific journal Ecosystems, shows that tree trunks in upland forests actually release methane rather than store it, as it was intuitively believed.

Soil is usually considered a methane sink. However, this study indicates that beyond 17 degrees Celsius (62 Fahrenheit) for soil temperature, consumption expands dramatically.

Where does the methane come from? The question needs to be answered through more extensive research, however there are a few possible answers suggested by the University of Delaware team: one is that, as in wetlands, in uplands there are places where methane is taken in through the tree roots, circulated and then released out of its trunk. Another possibility is that rotting or infections inside the tree encourage the survival of methanogenic (methane-producing) single-celled microorganisms, and the methane thus created is released through the tree trunk.

More research is needed; however, this study indicates that there may be more sources of methane pollution than we currently realize. With methane being one of the most dangerous greenhouse gases, 25 times more potent than carbon dioxide, this is not a trivial discovery.