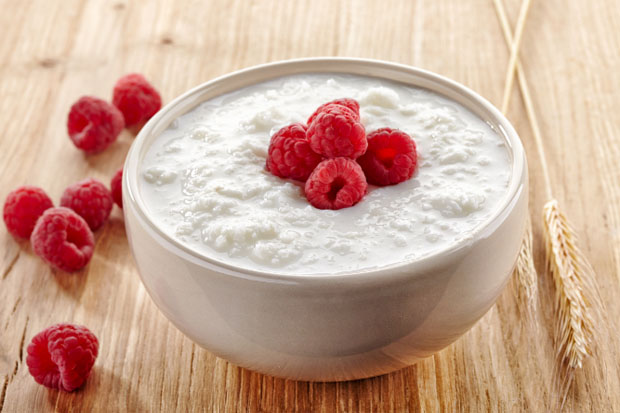 In August of 2020, the U.S. Food and Drug Administration set a limit of 100 micrograms per kilogram or 100 parts per billion of inorganic arsenic in baby rice cereal. This amount was deemed safe by the agency following thorough research concerning the health risks associated with exposure to inorganic arsenic in infants and, as a consequence, companies that produce baby rice cereal must now abide by this rule. Furthermore, these products must undergo reflexive testing in which they are assessed for total arsenic content before they are released to the market. Therefore, companies must pay close attention to the concentration of inorganic arsenic in their products, as any baby rice cereal that contains more than 100 micrograms per kilogram will be considered adulterated under section 402(a)(1) of the FD&C Act and may be potentially subject to enforcement action by the FDA.

As a preventive measure, companies that manufacture baby rice cereal must first test the incoming sources of rice, as well as the other raw ingredients, for arsenic. The agency believes that the action level for inorganic arsenic in baby rice cereal will contribute significantly to the protection of public health by reducing the dietary exposure of infants to inorganic arsenic. "We've known for years that arsenic is found at troubling levels in infant rice cereals and can pose serious health threats to babies regularly exposed to it. The FDA's action is an important first step, but the agency needs to be far more aggressive in protecting young children from the dangers of arsenic and other heavy metals in food", said Brian Ronholm, the director of food policy of Consumer Reports.

What Is Arsenic and What Diseases Can It Cause?

As a natural element that occurs in the environment, arsenic is highly carcinogenic to humans, according to the International Agency for Research on Cancer. However, arsenic can also be artificial, which means that it can be produced in a laboratory. The primary sources of arsenic include the erosion of rocks containing arsenic, contamination from mining and smelting ores, volcanic eruptions, and previous or current use of pesticides containing arsenic. It is worthy of note that arsenic can be both organic and inorganic, the latter being associated with the following diseases and health issues when consumed in large amounts:

Rice usually has a greater concentration of inorganic arsenic than other cereal crops, as it is typically grown under flooded conditions and also has the ability to absorb a great level of arsenic from water and soil. Considering that rice and rice products are consumed in large amounts throughout the country, the presence of inorganic arsenic should be a cause for concern. According to statistics, infants eat between 2 and 3 servings of rice cereal every day, since this is often their first solid meal. If the level of inorganic arsenic in this product was not properly regulated by the FDA, the risk of cancer would be twice as high for children who consume baby rice on a regular basis.

Heavy Metals Found in Packaged Foods for Babies and Toddlers

In 2018, following a test, Consumer Reports found a disturbing level of inorganic arsenic, lead, and cadmium in packaged foods for babies and toddlers. Two-thirds of the 50 products tested contained worrisome concentrations of at least one of the previous heavy metals. Additionally, 15 of these foods would pose a great health threat to children who regularly ate only one serving or less per day. Unsurprisingly, products that were manufactured with rice and sweet potatoes were the ones in which the level of heavy metals was the highest. Furthermore, a test conducted by Healthy Babies Bright Futures in 2017 revealed the presence of heavy metals in 95 of the 168 baby foods evaluated.

The risk of developing a disease as a result of constant exposure to heavy metals is very high, as these substances gradually accumulate in the kidneys and other organs. Over the years, a serious disease may develop. There is also a great risk of cognitive and reproductive problems in children who consume these unsafe products regularly. "Parents can take a number of steps to limit their child's exposure to heavy metals in food, but they should be able to expect that the government is putting public health first. The FDA should set protective targets for reducing exposure to heavy metals with the goal of having no measurable levels in children's food", said Michael Hansen, senior scientist for Consumer Reports.

The Advice of Consumer Reports

Parents who are concerned about the presence of inorganic arsenic and other heavy metals in the food they feed to their children are advised by Consumer Reports to talk with a pediatrician in order to determine whether their offspring should be tested for the presence of these dangerous substances. Moreover, parents can actively reduce the amount of heavy metals in the food of their children by encouraging them to consume a wide range of healthful whole foods, limiting the amount of rice in their diet, and being mindful of how much fruit juice they drink. Nevertheless, according to the people of Healthy Babies Bright Futures, we need to keep in mind the racial health disparities when it comes to the amount of inorganic arsenic in the food consumed by children, as they point to these findings:

While the action taken by the FDA is without a doubt applaudable, further steps must be taken to completely remove inorganic arsenic and other heavy metals from the food we feed to our children, as well as from the food we eat ourselves. Although 100 micrograms per kilogram is considered to be a safe amount of inorganic arsenic, it would be ideal for baby rice cereal to contain no arsenic at all, since there is still a risk of developing terrible diseases over the years.