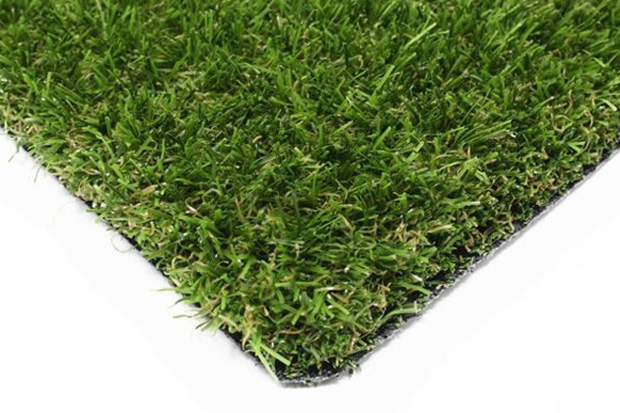 Thousands of acres of professional sports stadiums, practice fields, school playgrounds, and parks all around the US have been covered with artificial grass. Recently, several samples of synthetic turfgrass were tested at laboratory and PFAS chemicals have been identified in the samples. These chemicals belong to a class of chemicals that have been associated with various health issues including cancer, which adds to the growing concern regarding the artificial grass replacement.

A set of tests revealed that in two of the turf samples PFAS chemicals were found on the plastic backing. Other tests in which the artificial grass blades were analyzed showed significant fluorine levels that established the presence of the PFAS chemicals. All eight samples of turfgrass blades that were analyzed at the Ecology Center, a Michigan-based environmental research group showed unexplained levels of fluorine-based compounds. The blades that were tested positive for fluorine were manufactured by Turf Factory Direct and Shaw Industries.

According to the paper published in the Journal of Vinyl and Additive Technology, PFAS chemicals are widely used as these help with the molding and extrusions of plastic. The latest synthetic turf versions that boast of their durability are manufactured using plastic polymers molded into the shape of grass blades when in molten form. If PFAS are not added, the rigid plastic that is used to make them durable can just clog up the extruding machines. Thus, according to Graham Peaslee, a professor of Nuclear Physics at the University of Notre Dame, the PFAS compounds in turf are not ingredients but remain even after processing, and are "chemical hitchhikers".

PFAS Add to the Dangers of Crumb Rubber

The threats posed by the PFAS compounds further added on to the already questionable dangers of crumb rubber sprinkled over the turf. Since the late 1990s, crumb rubber sourced from shredded tires were used in most synthetic turf in order to enhance the look and imitate lush grass. At least 40,000 tires were shredded to cover one artificial turf field. The crumb rubber contains heavy metals and toxic chemicals such as cadmium, nickel, chromium, arsenic, and benzene that pose serious health risks.

Amy Griffin, a soccer coach noticed in 2014 that a significant number of goalkeepers developed cancer and she began tallying athletes playing on turf fields. Her list grew and by January 2019, there were as much as 260 young baseball, football, lacrosse, and soccer players who had developed cancer.

Do PFAS Get Released into the Atmosphere?

Certainly, artificial turf will release the PFAS chemicals whether on a field or when dumped in the woods or while awaiting recycling methods after removal. When the fibers of turf are subjected to mechanical abrasion, the chemicals may ooze out from the fibers.

The discovery of PFAS in turf is an indication that this chemical is likely to be there in other products that use PFAS during processing as an extrusion agent. Moreover, the widespread dumping of discarded turf in landfills or other sites has led to the contamination of water. For athletes, the discovery of PFAS in turf has raised concerns about their exposure to another group of toxic chemicals while playing on the field covered with synthetic turf.